Building in a tight spot

Step-by-step in the middle of Rotterdam, the largest university hospital in the Netherlands has been constructed while the existing hospital still in operation. A challenging puzzle where safety, ingenuity, flexibility and efficiency were the top priorities. 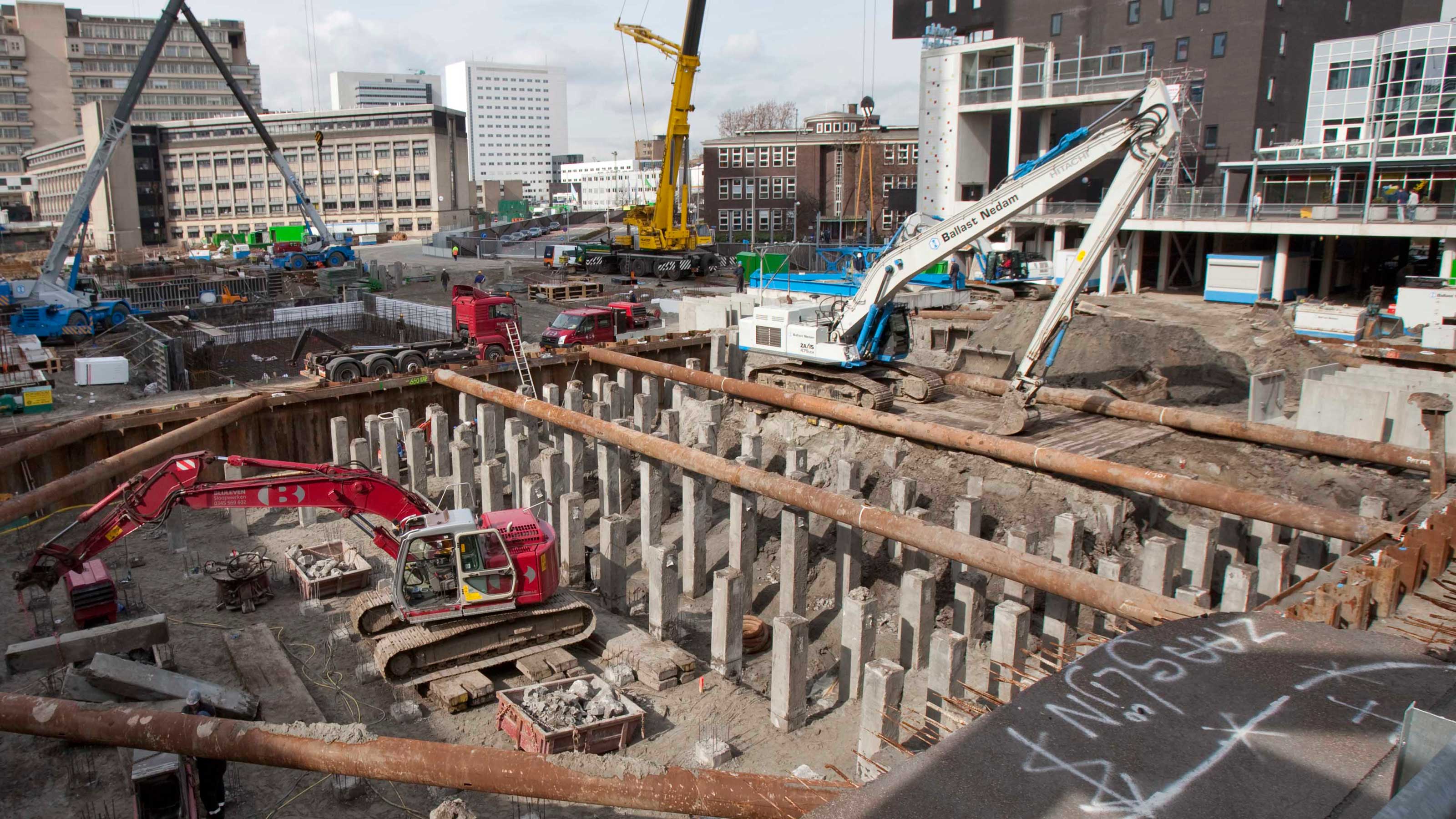 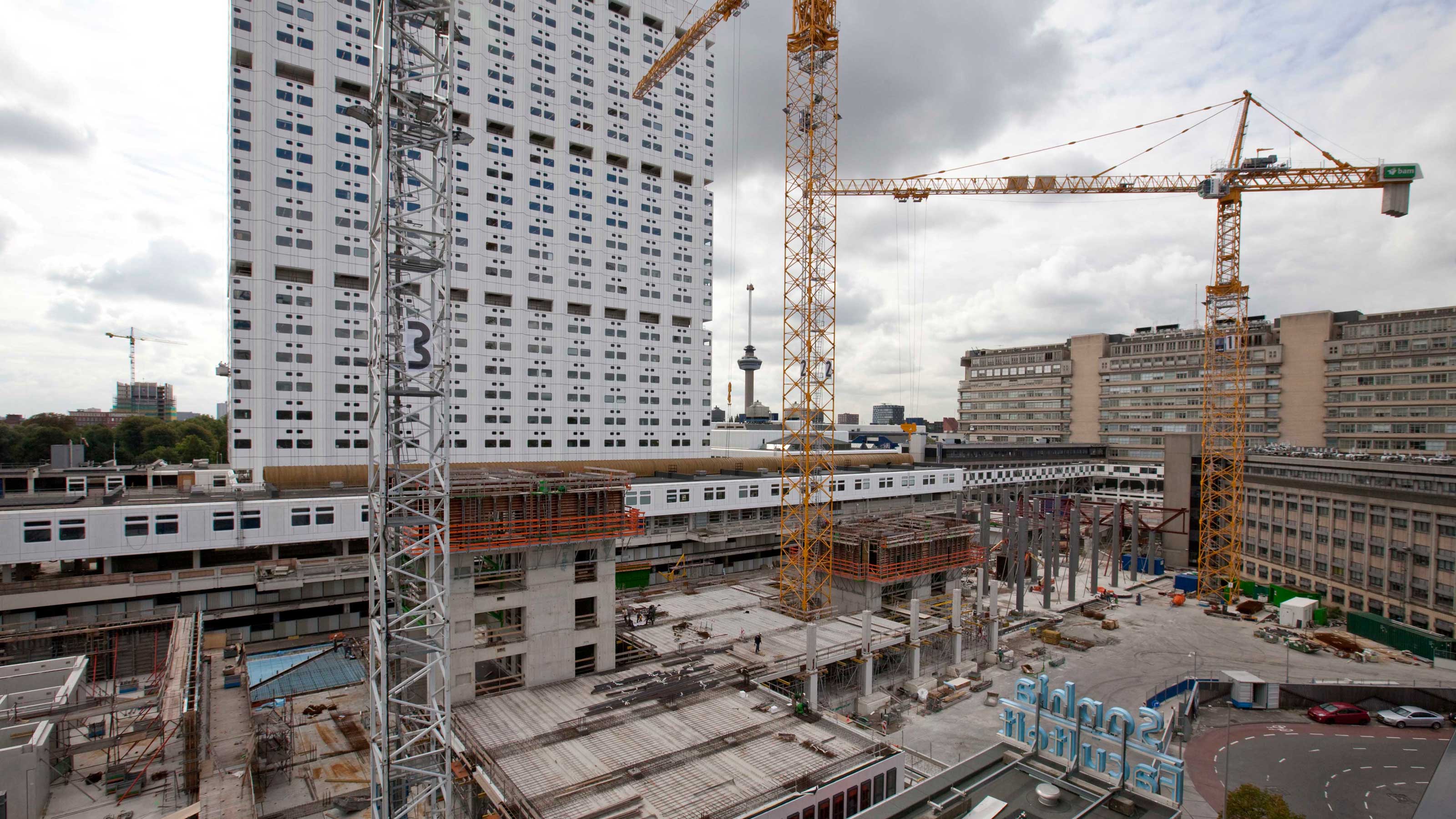 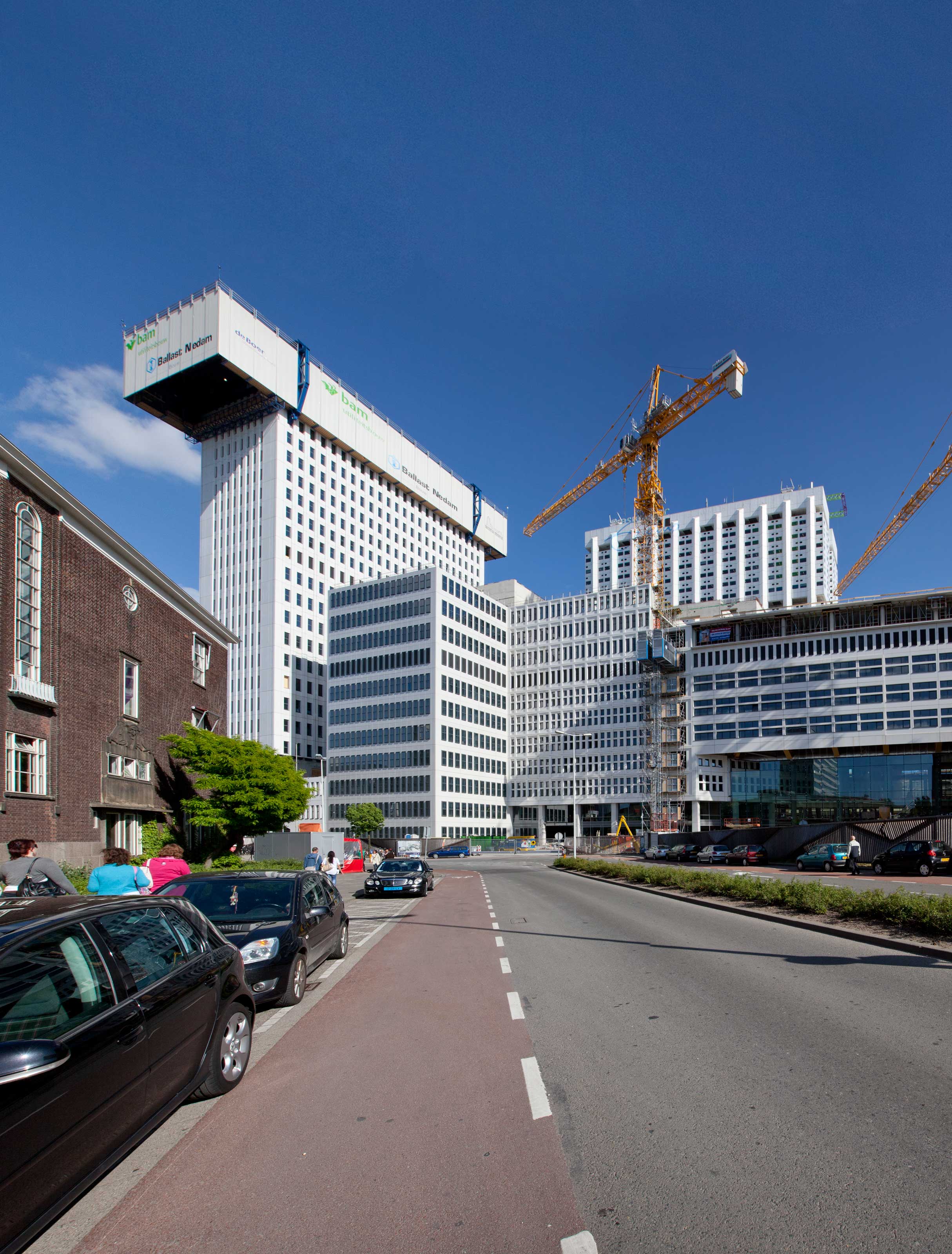 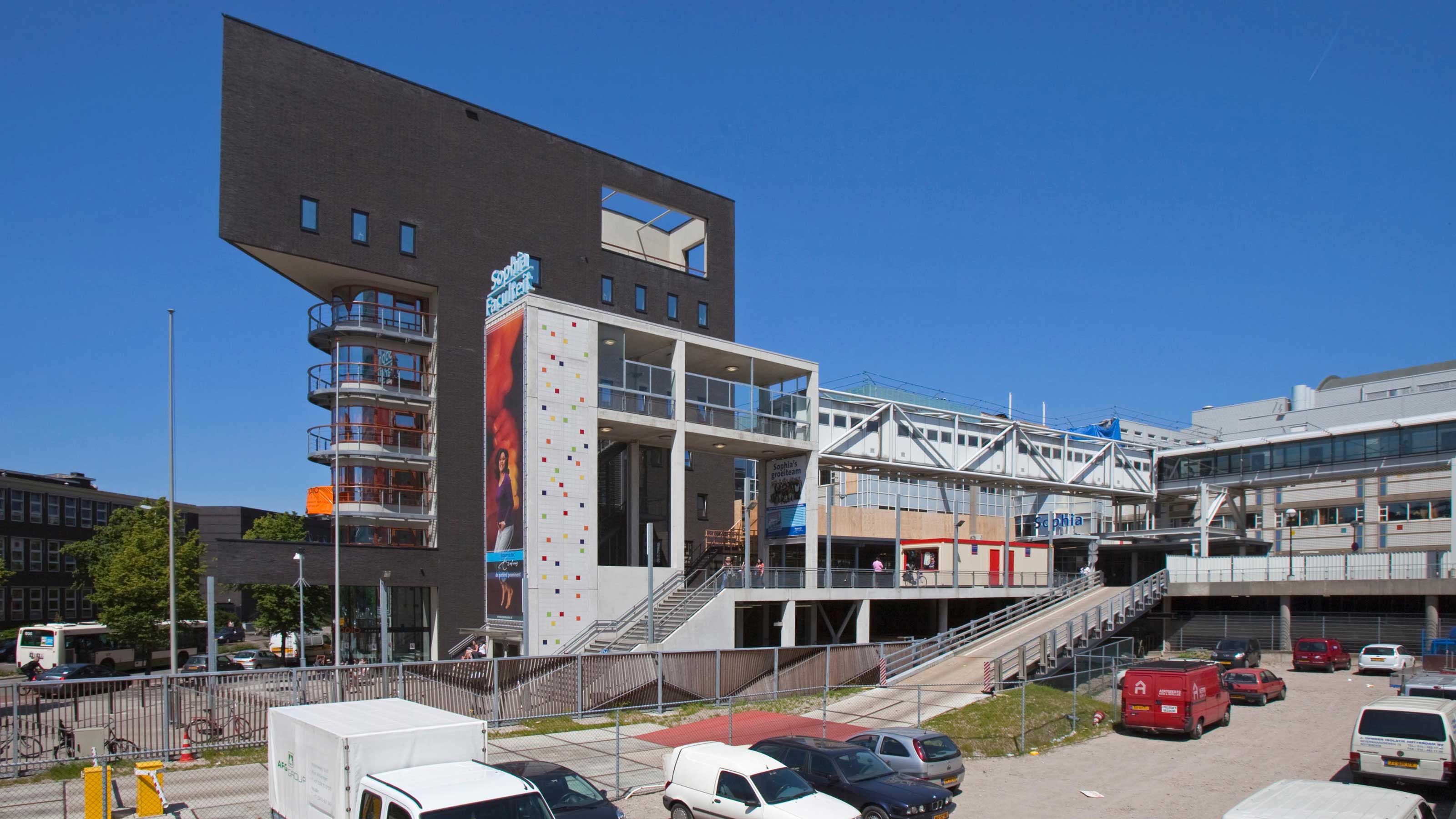 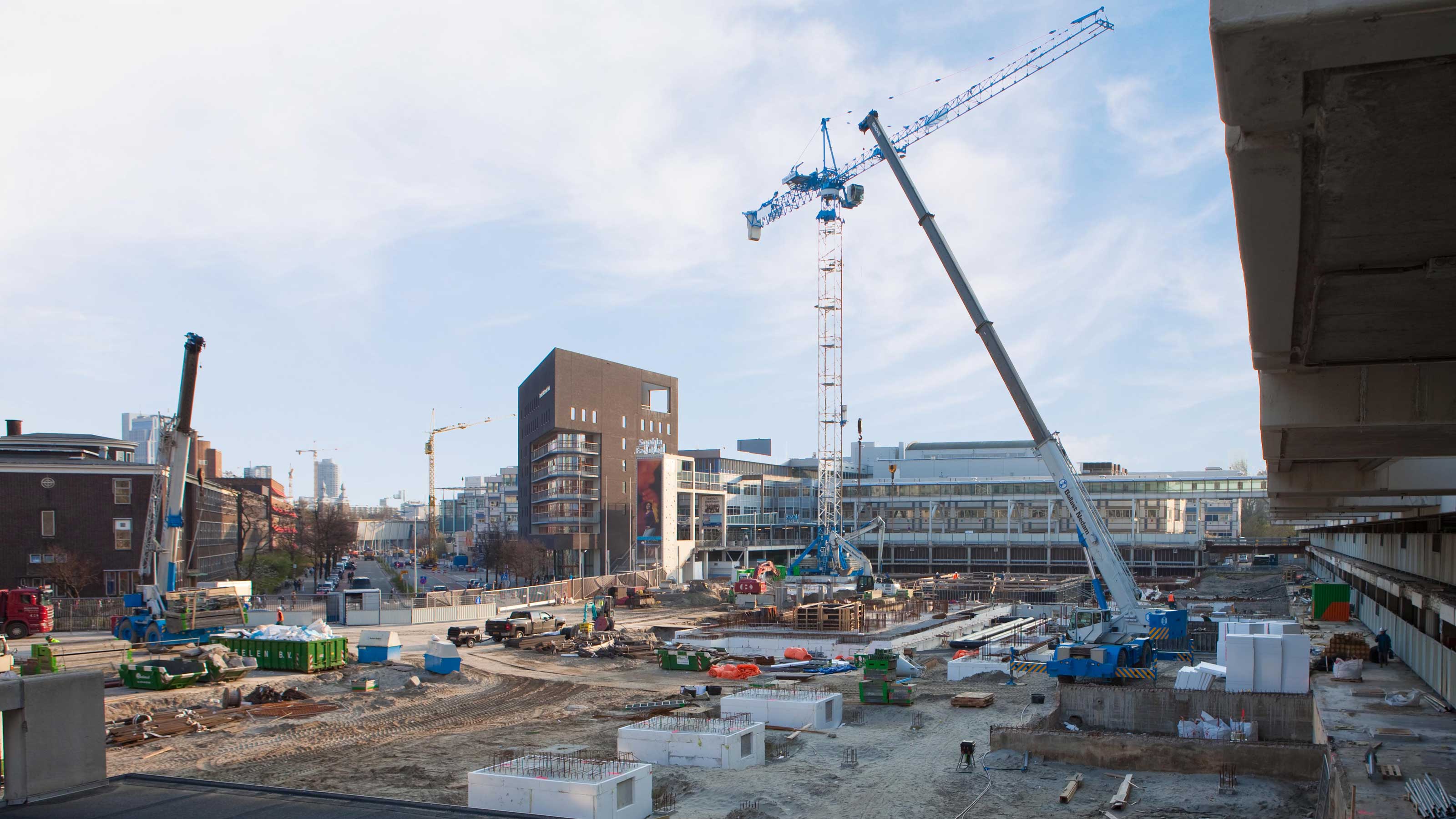 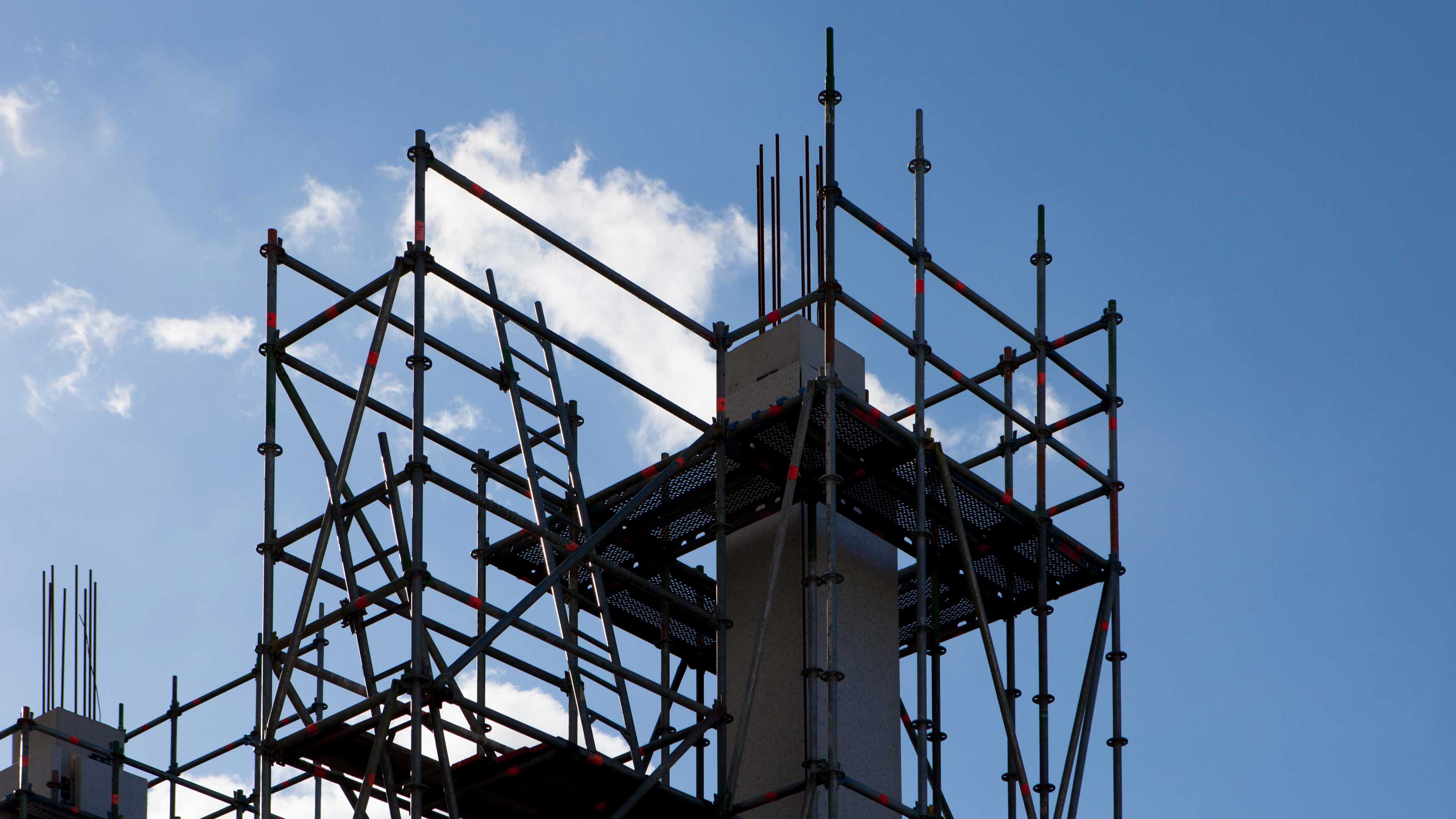 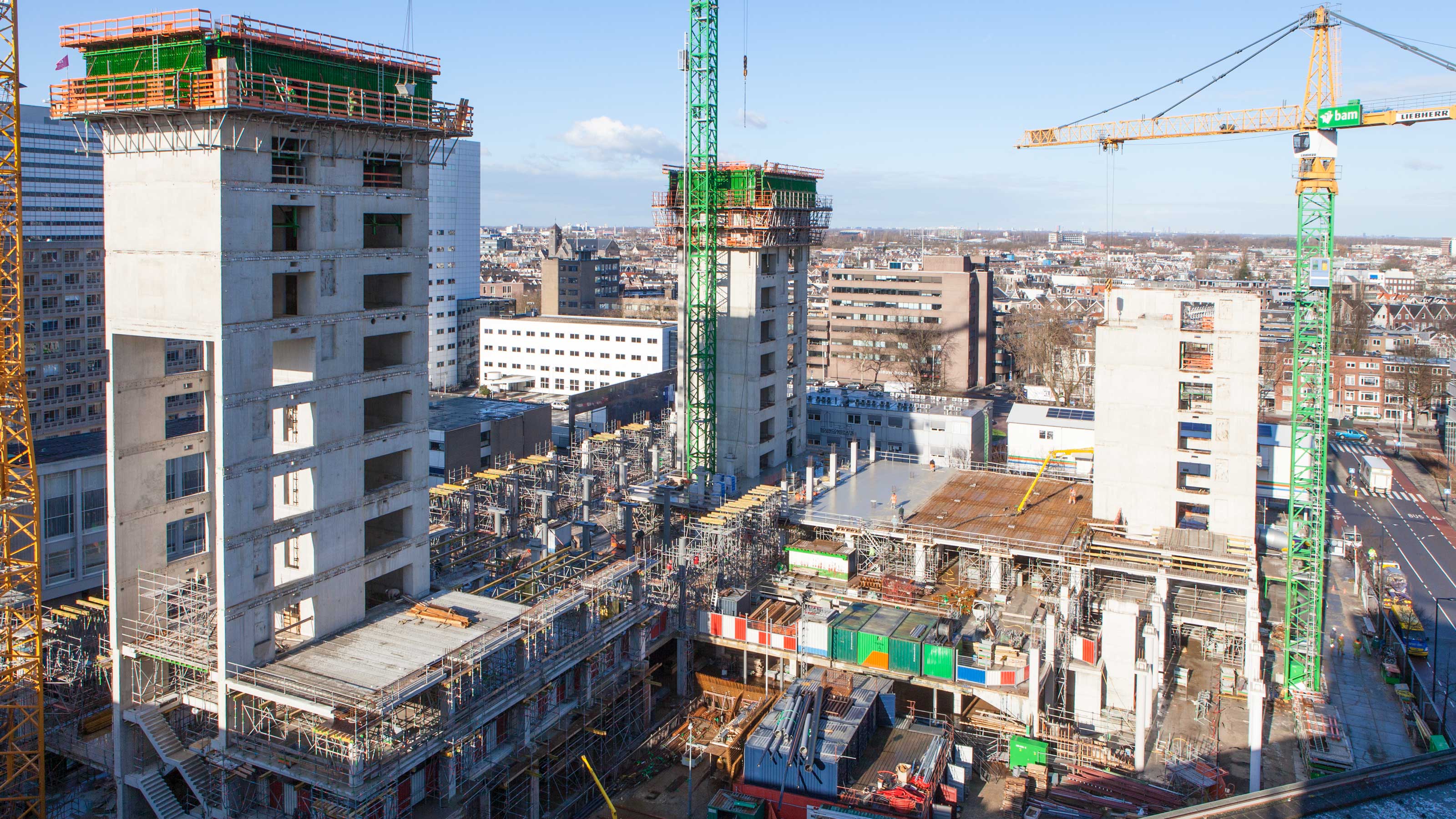 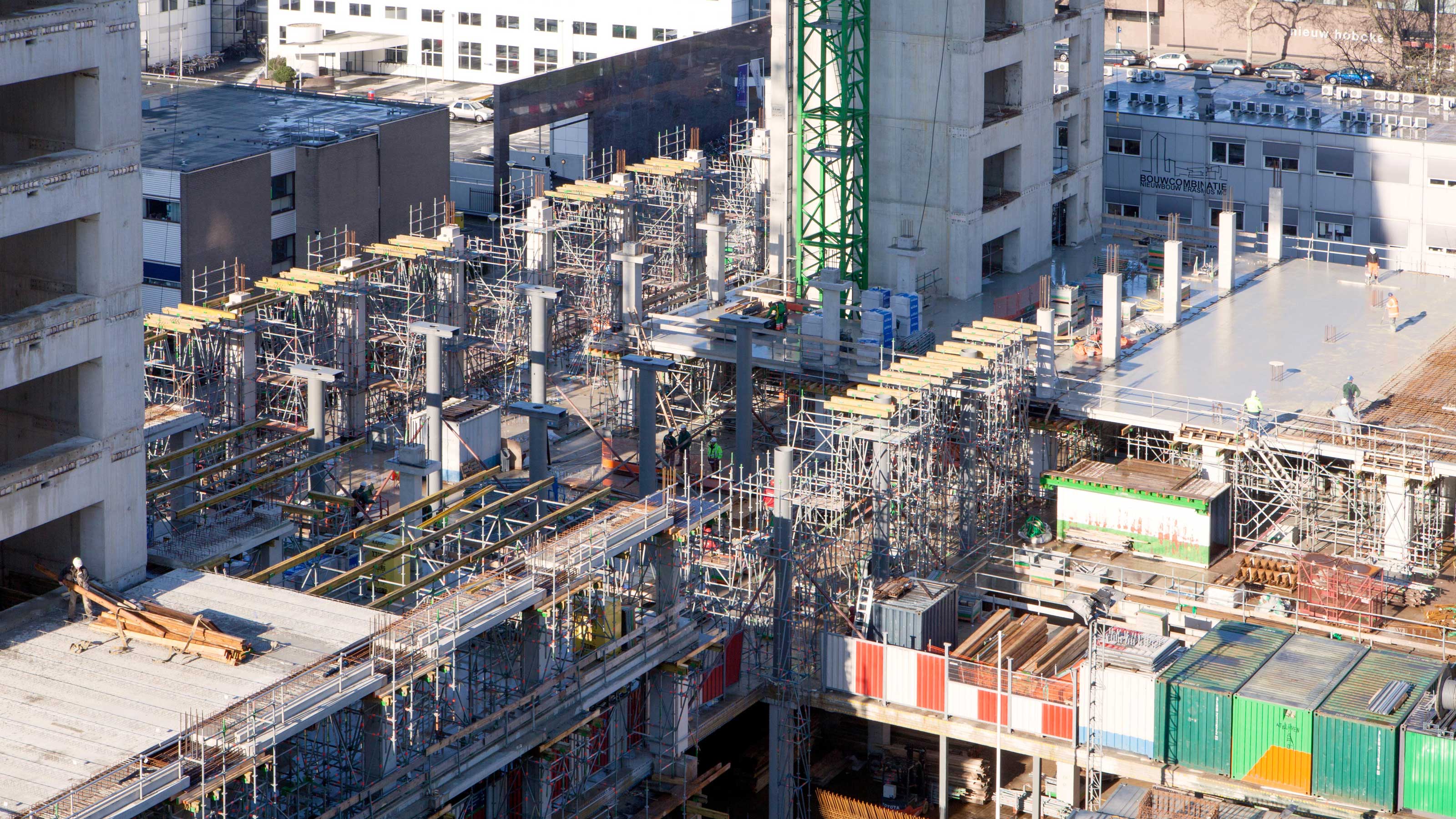 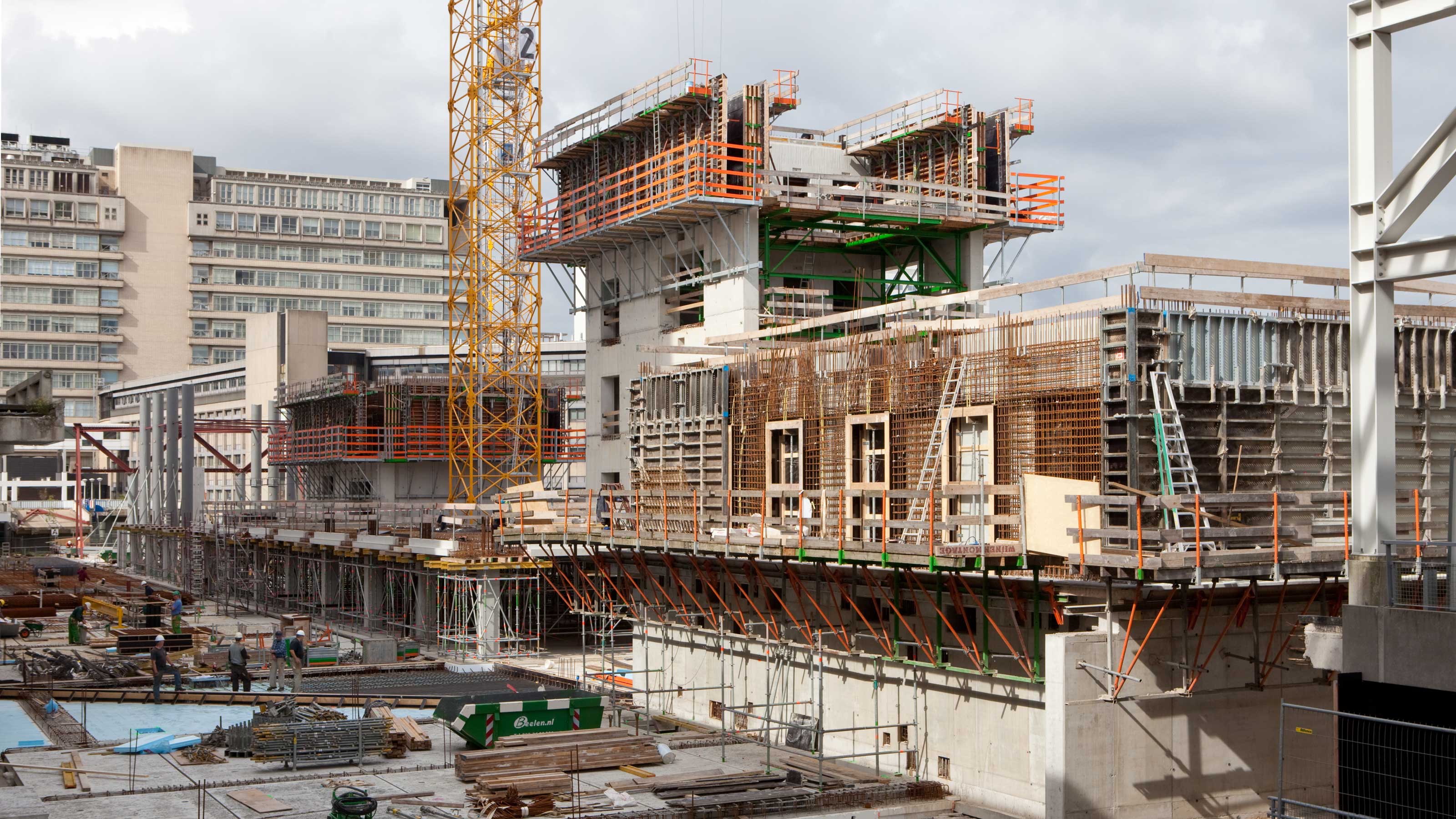 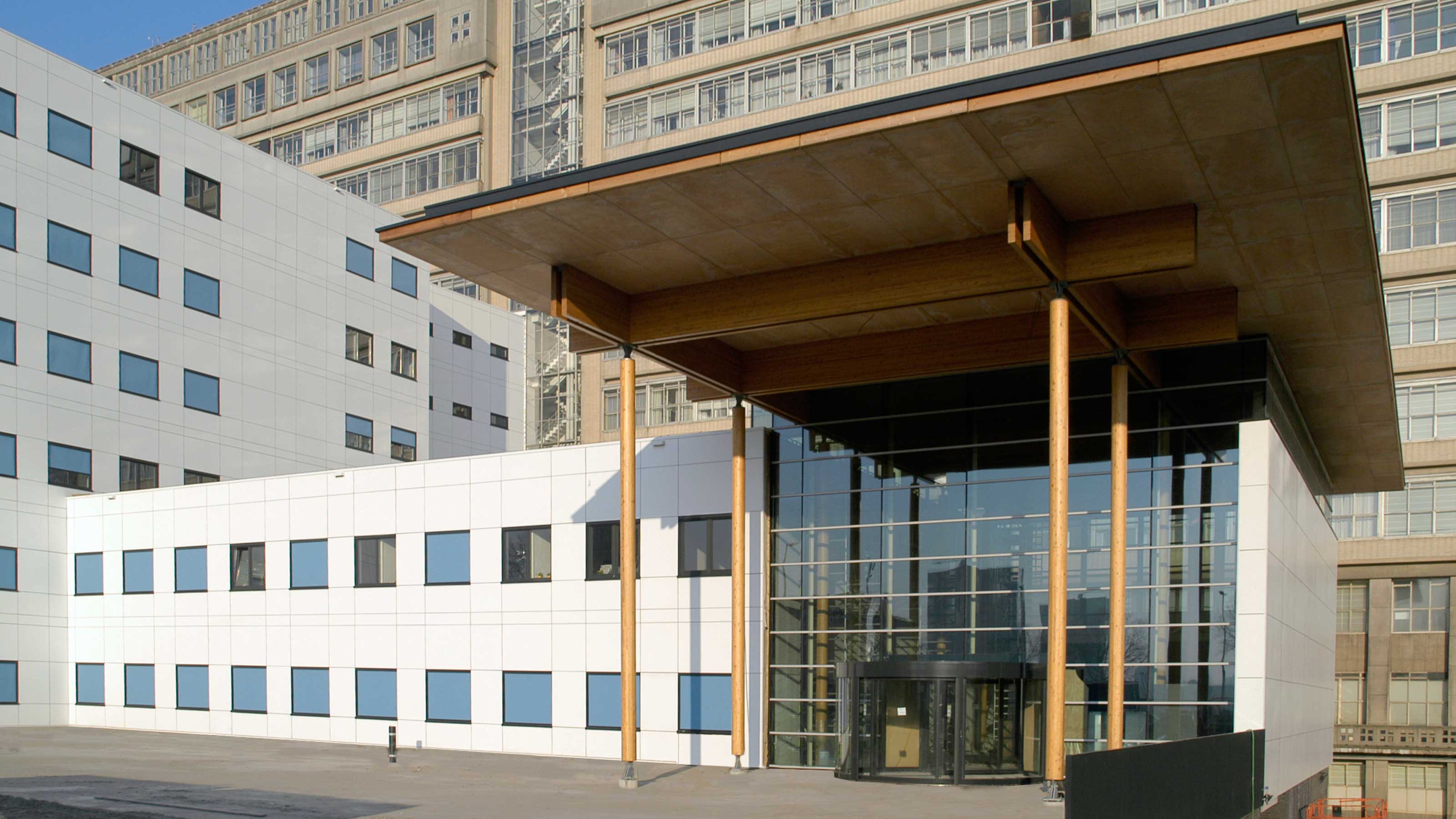 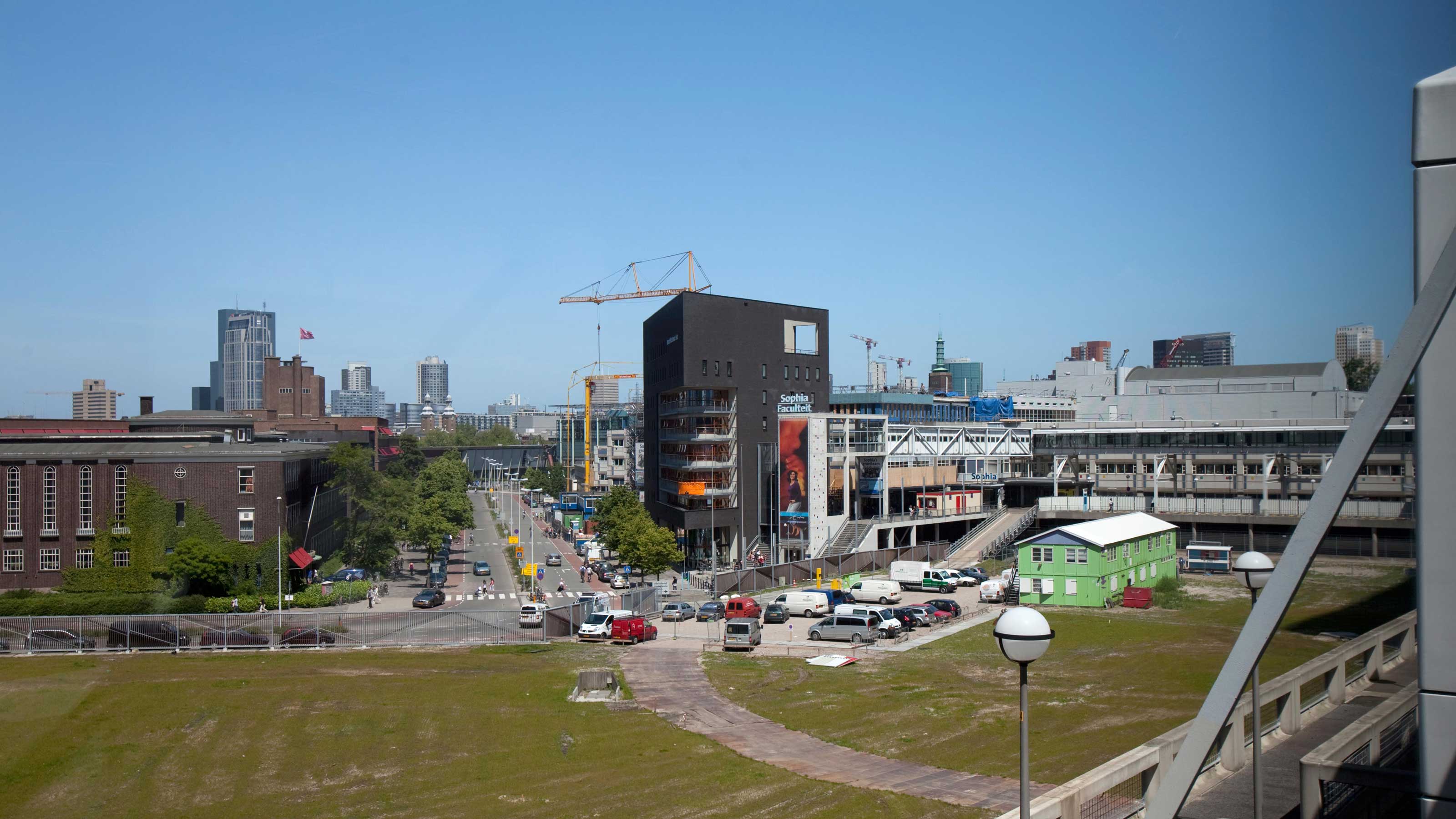 The Erasmus MC is being constructed in a very tight spot in the centre of Rotterdam. A total of 207,000 square meters of healthcare has been built in a tight location and in very close proximity to the existing hospital. One important condition was that the hospital must maintain complete operational functionality throughout the construction period. This was a challenge that required a great deal of careful planning from EGM.

In 2009, the new building’s first pile was driven into the ground and in 2017, the largest hospital in the Netherlands was completed. All of the Erasmus MC healthcare, education and research facilities can now be found in one location. The construction process was divided into a number of phases and was composed of two building components: the East section and the West section. The East section was the first wing to come into use and contains offices, laboratories, the emergency room and a part of the public area, as well as other facilities. The West section was completed the end of 2017. Patient facilities such as nursing wards and outpatient treatment areas are housed here. The original Daniel den Hoed Clinic and the Thorax Centre are also located in the West section.

Clearing space for the new building

Building on top of such a tight location where the primary activities may not be disturbed, is an immense logistical and organisational challenge. Cooperation, commitment, planning and communication are all key. Just as important as careful phasing is the limitation of nuisances and the consideration of interim solutions. Creating space sometimes literally requires space. That included demolishing and relocating facilities, creating temporary facilities, moving or installing pedestrian bridges and diverting (emergency) routes. This process has been carried out smoothly and according to plan as a result of strong mutual cooperation with the Erasmus MC and the other parties concerned.

Safety, speed and ingenuity were important in the construction of the new Erasmus MC. There was little room for large cranes or an expansive construction site. A ‘hoist shanty’ was used for the 120 metre high office tower: a covered and fully equipped construction site with a built-in hoisting installation on top. After completing a floor, it hoisted itself up to the next. This was a highly efficient process allowing for an additional floor to be realised every week.

The Erasmus MC is geared toward the future. There was a significant amount of time between the start of construction and the ultimate commissioning of the hospital. The shell of the building was therefore separated from its design, allowing for the maximum amount of time to include the latest state-of-the-art equipment in the design. Another example are the prefab concrete facades. The components were loaded in precise order, directly from the lorry and hoisted exactly where they needed to be. In addition, the entire prefab concrete facade has a modular layout, allowing for functional changes in the future as well.

The hospital is located on the Hoboken area, between the residential area, the Museumpark, the Park and the Coolhaven waterfront area. With its Spatial Development Strategy 2030, the municipality of Rotterdam aims to provide international appeal to the Hoboken area. One important pillar here is strengthening Rotterdam’s medical-related economy. The area will not yet be completely developed after the realisation of the Erasmus MC and will still be in full swing. Just like the hospital itself.