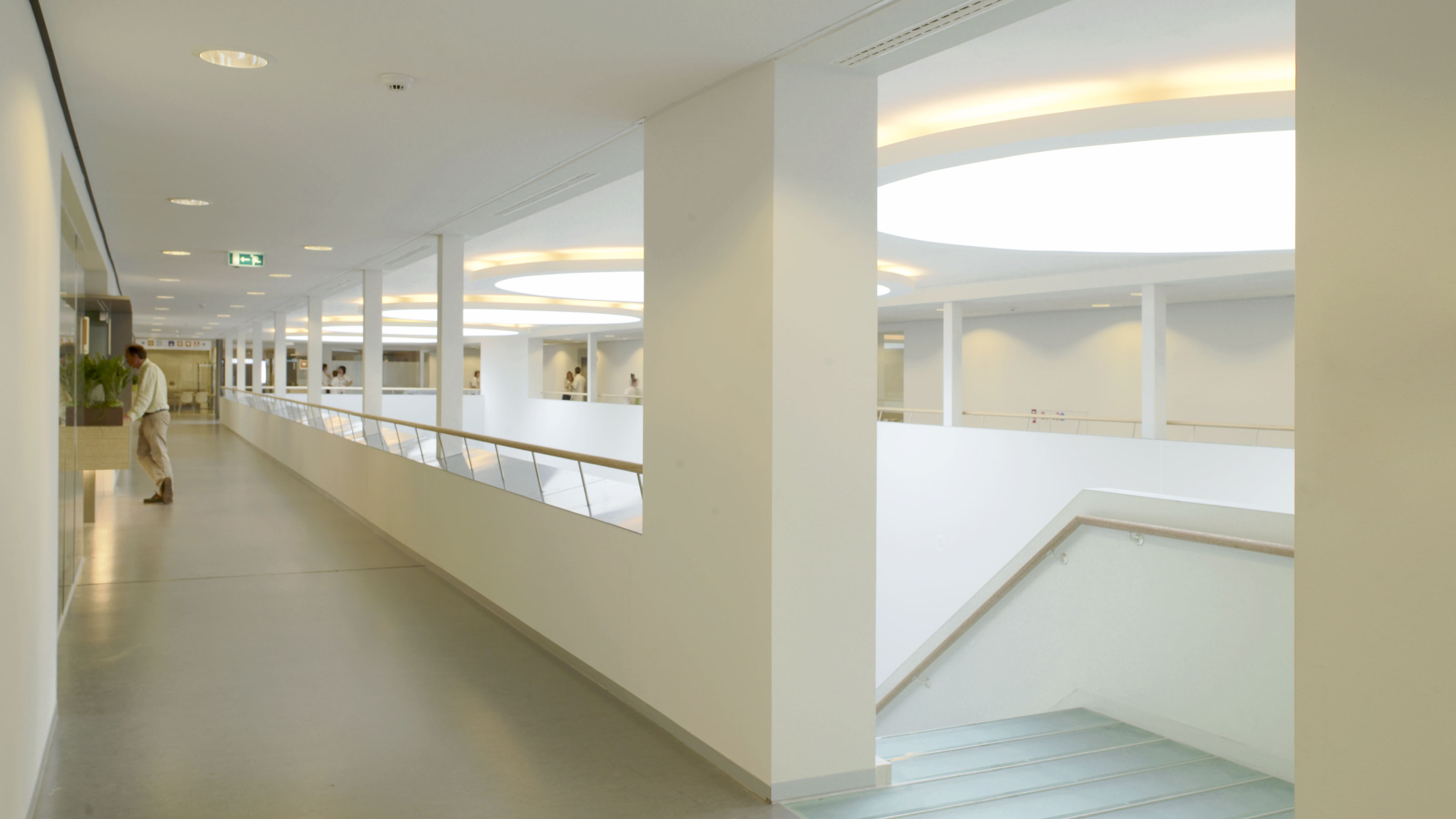 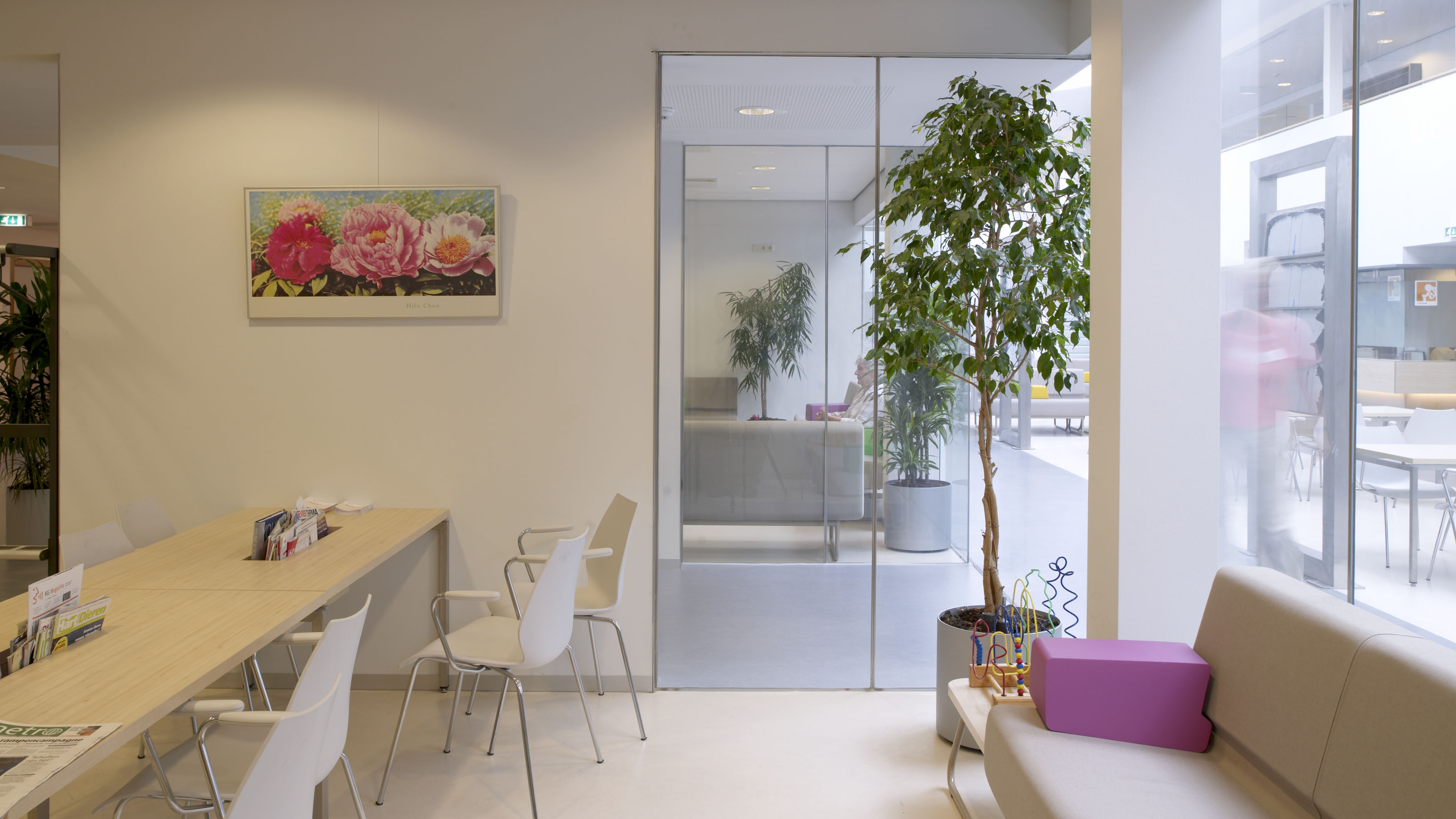 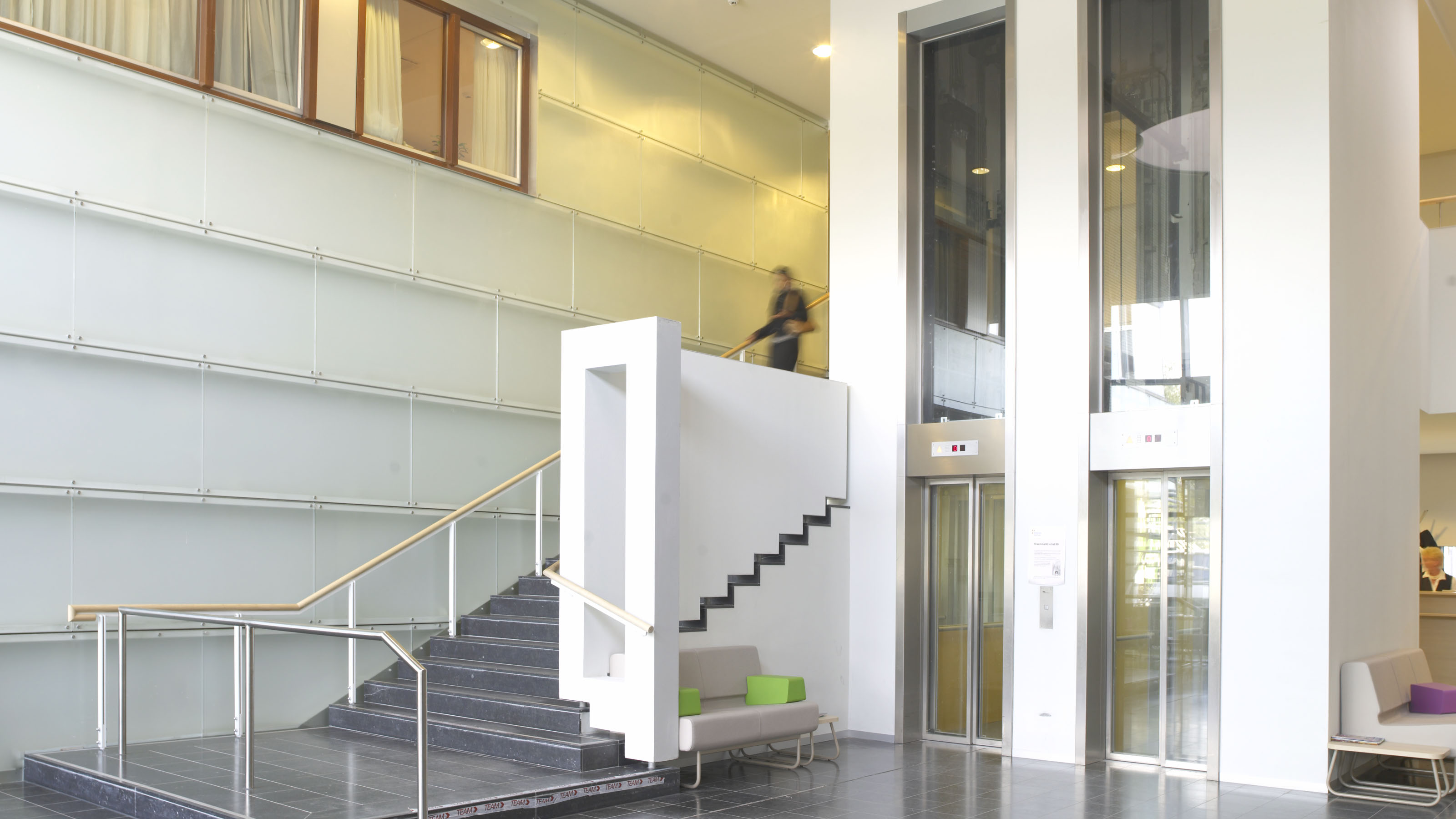 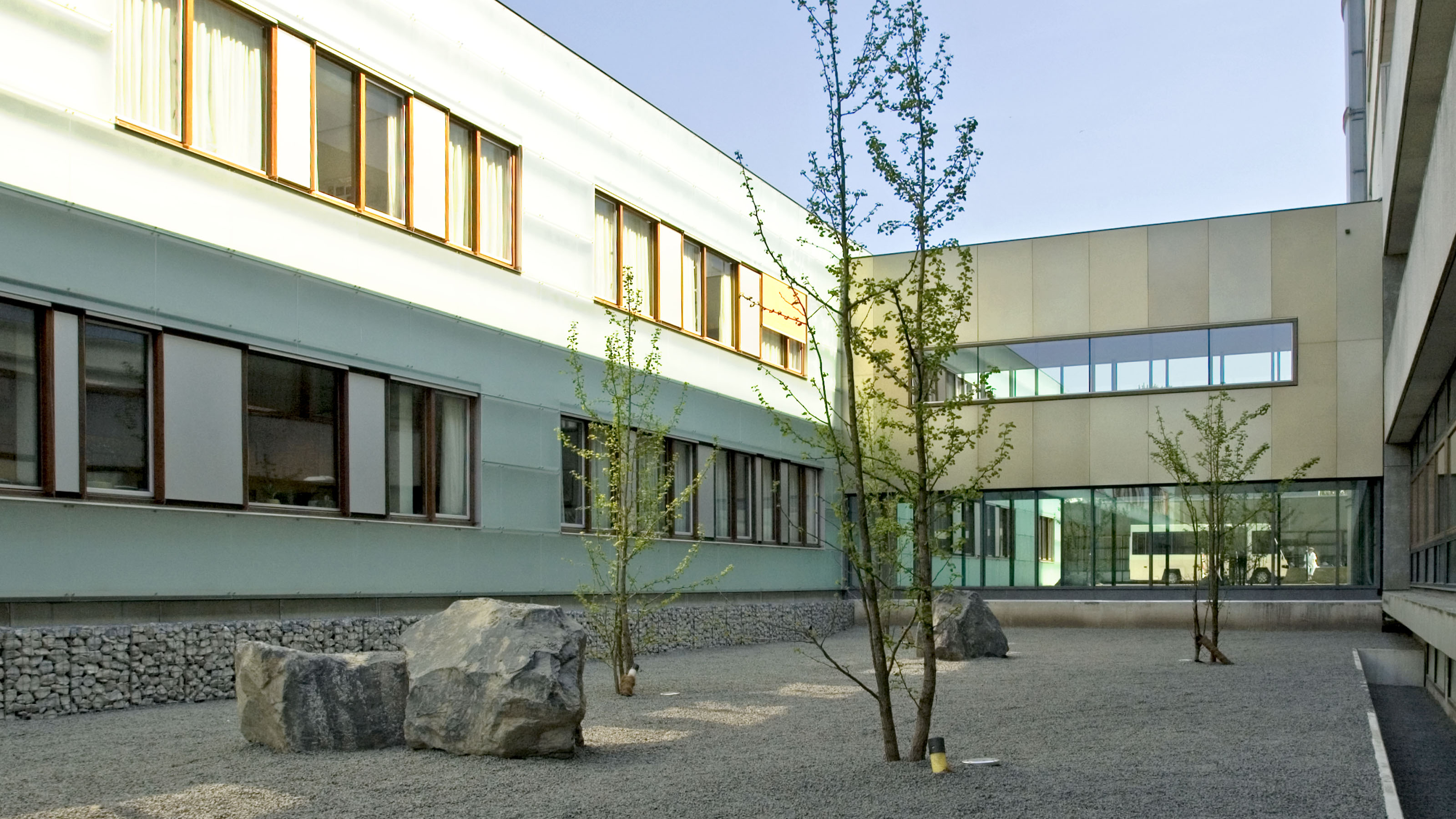 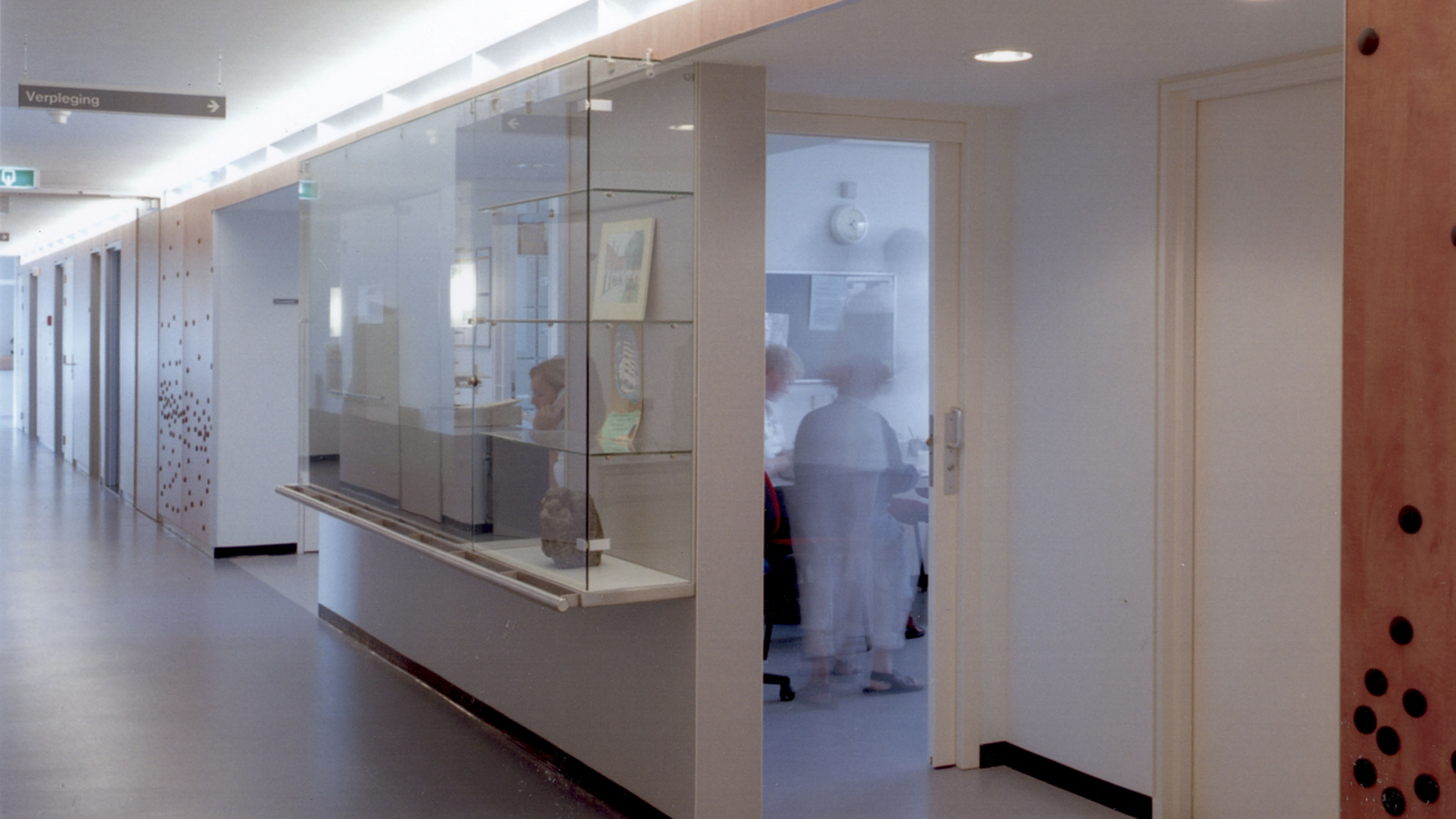 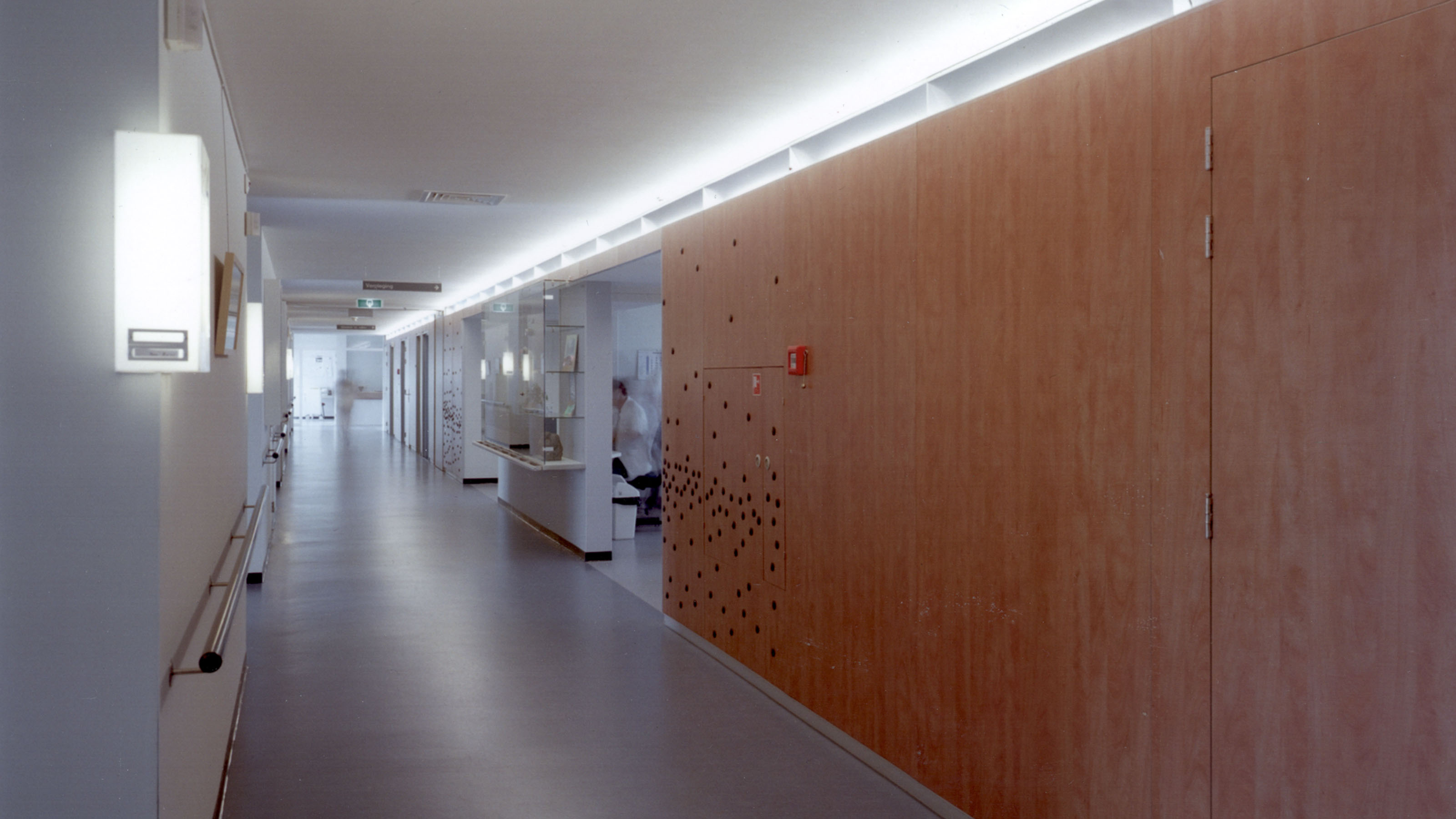 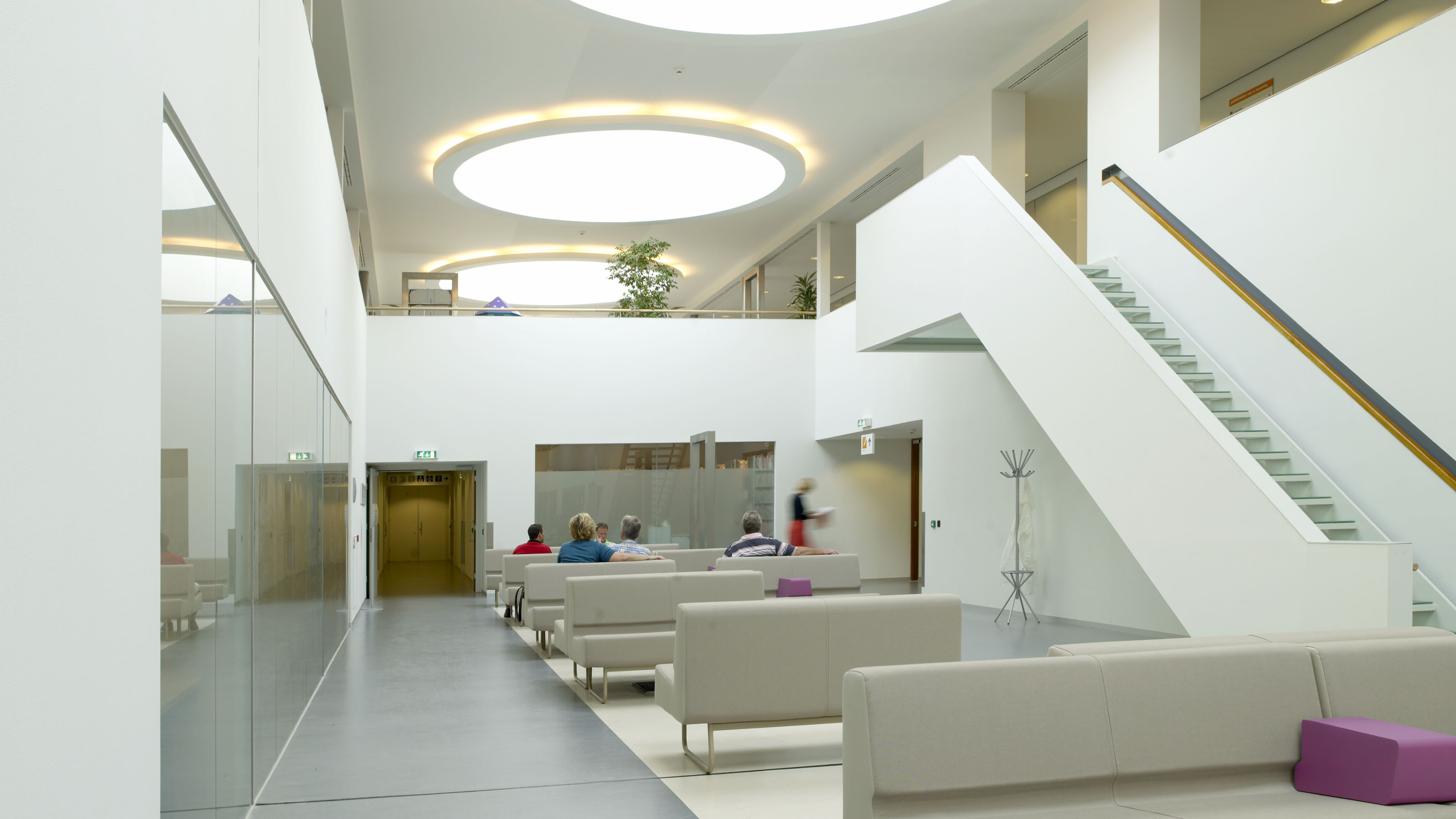 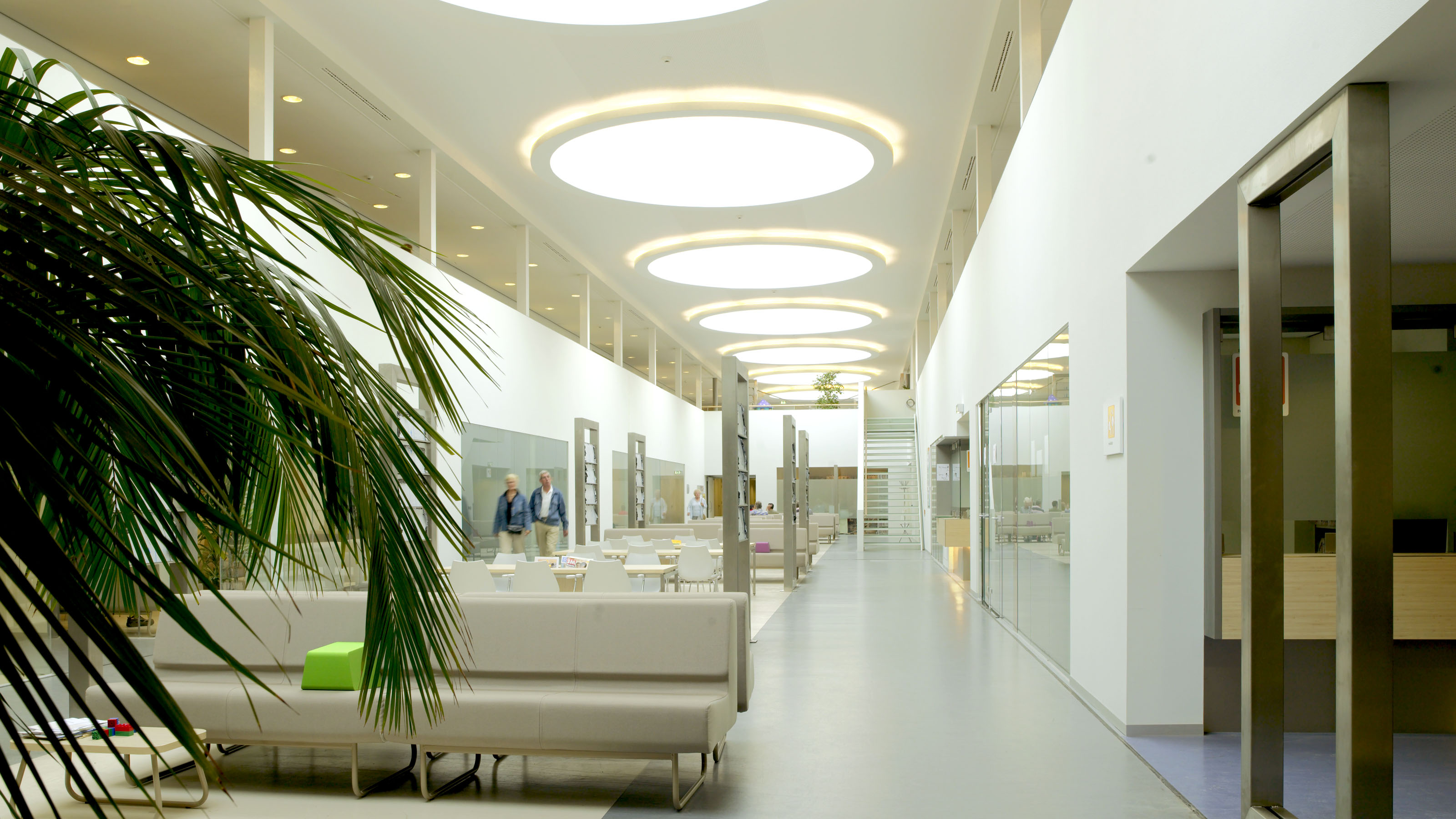 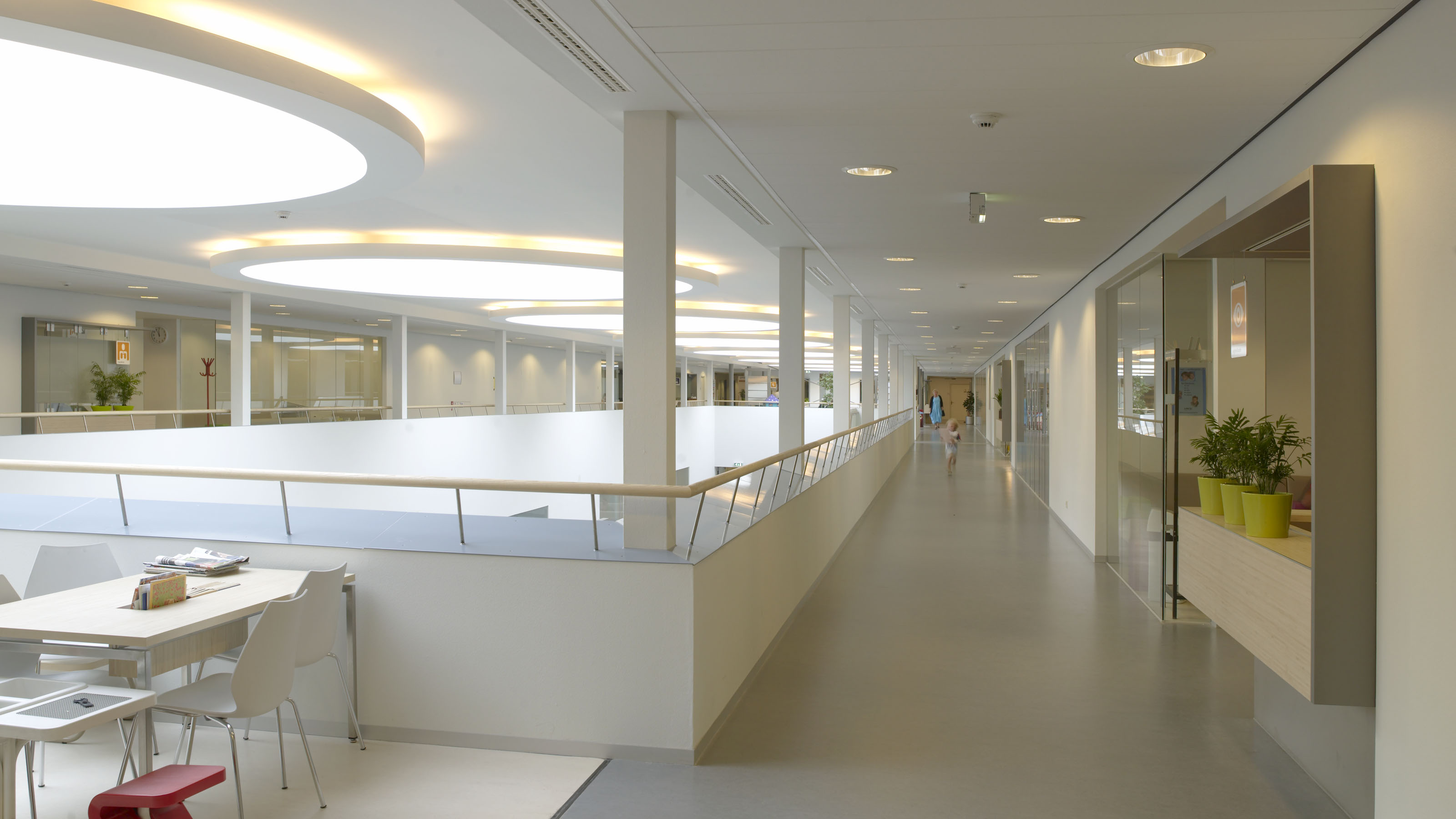 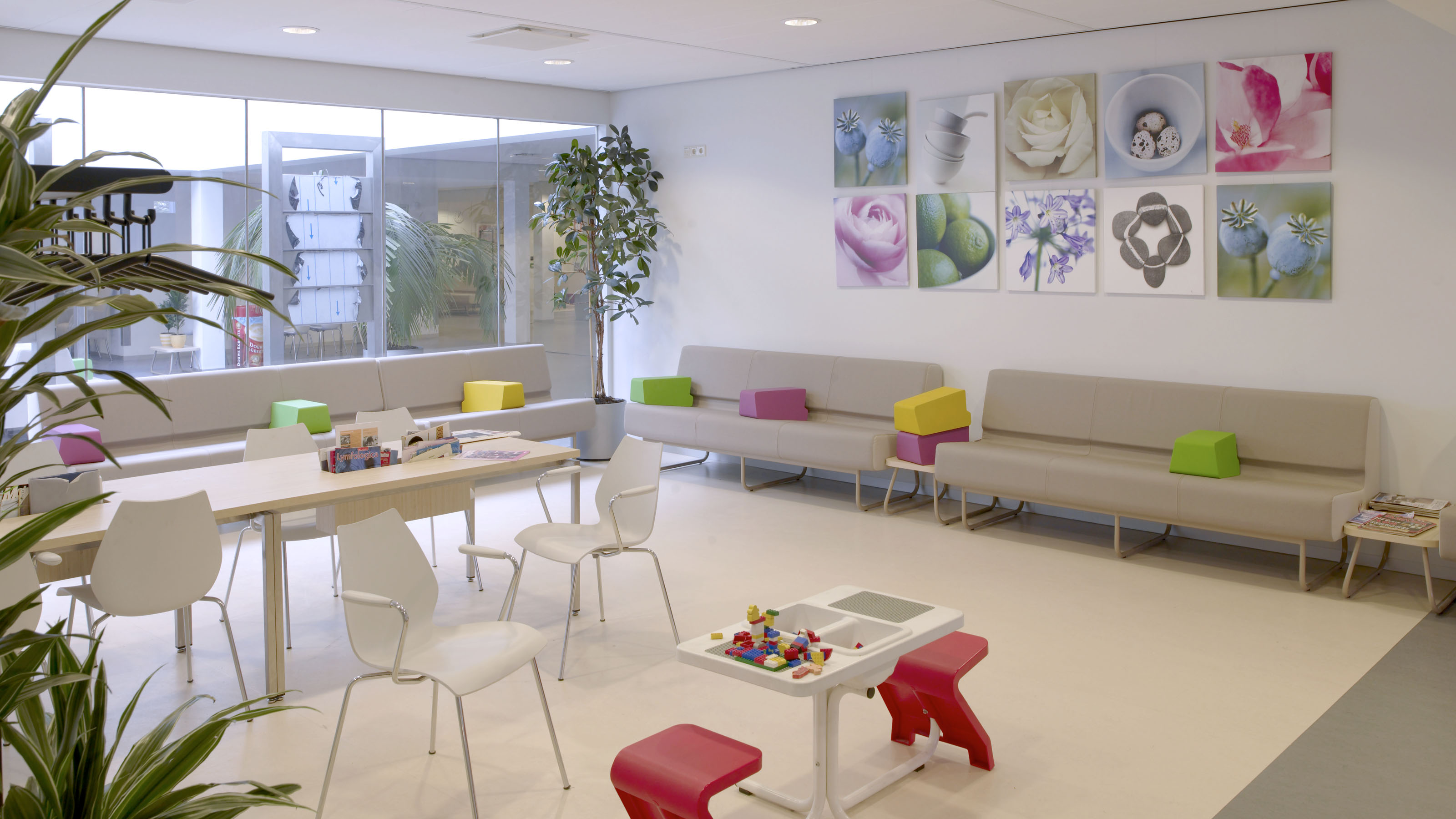 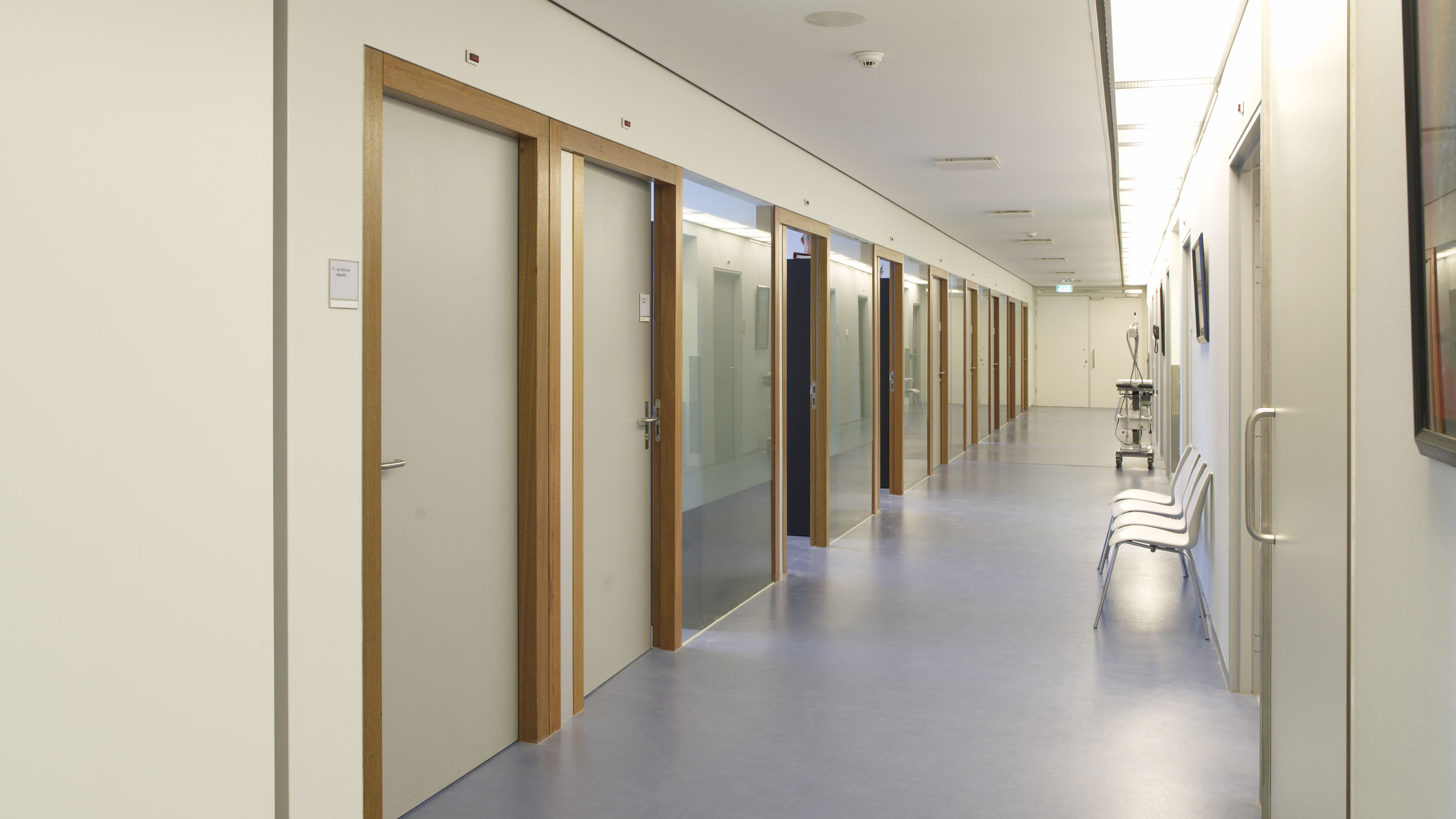 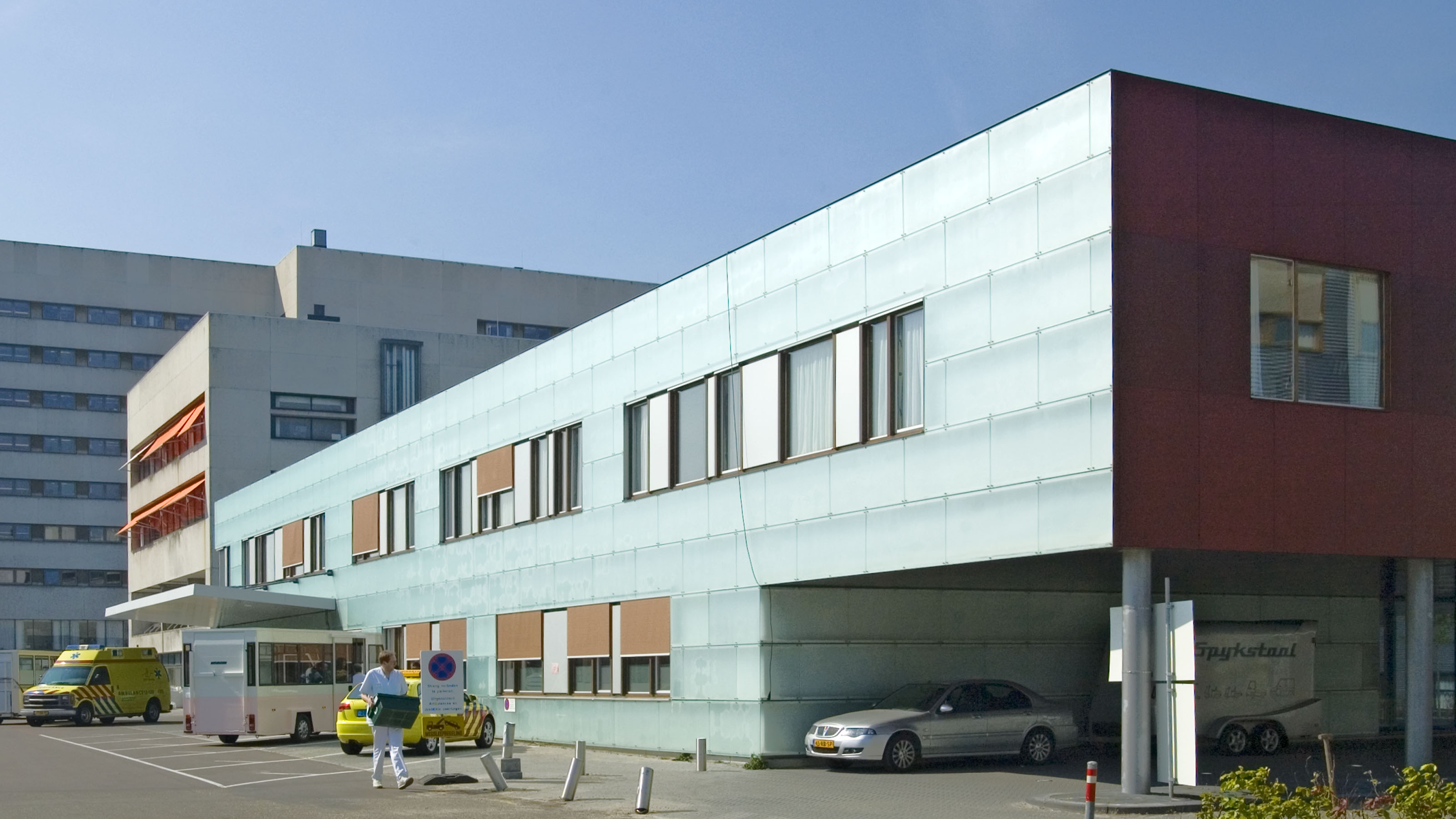 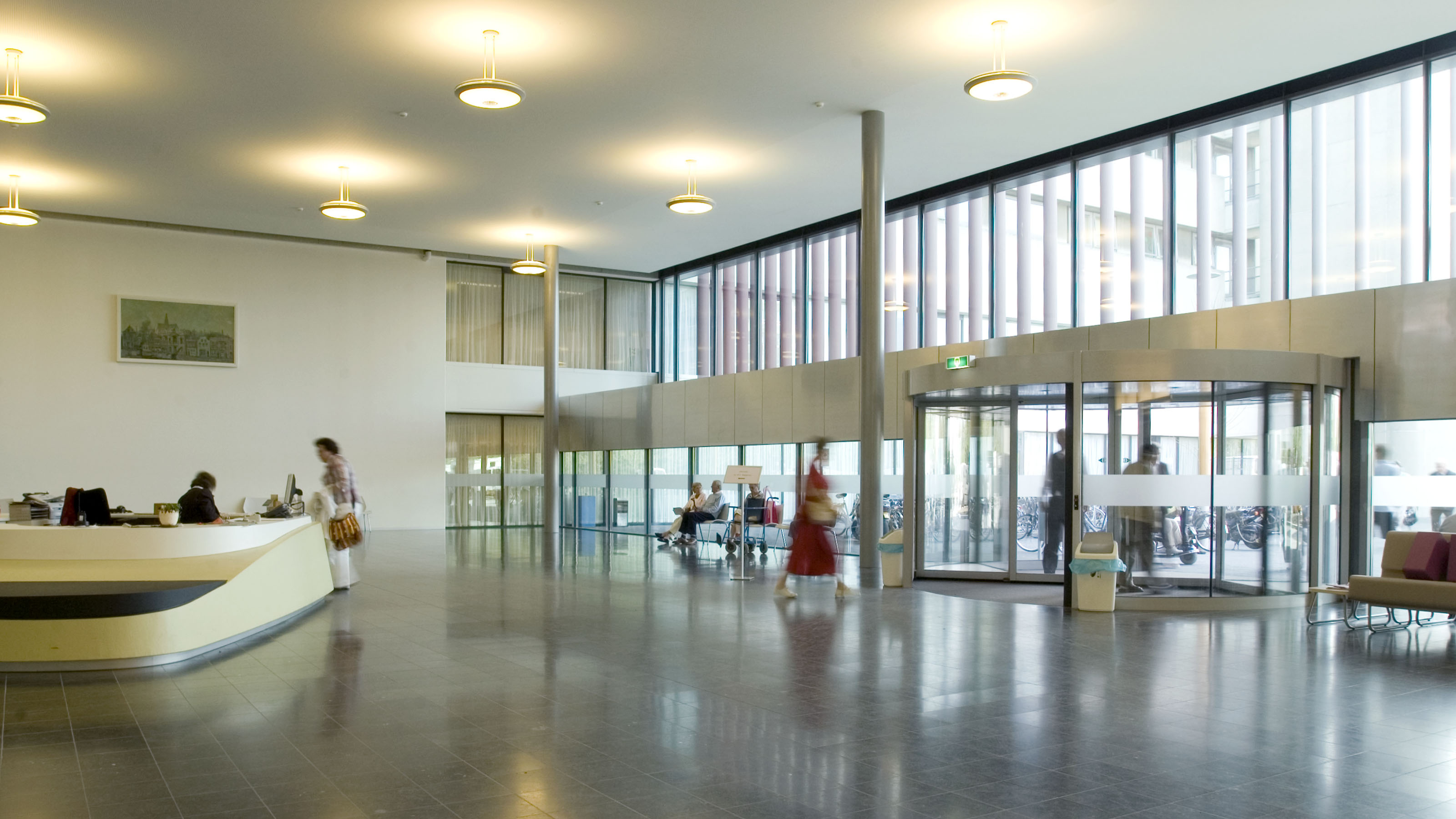 Kennemer Gasthuis was established in 1991 after a merger between St. Joannes de Deo and St. Elisabeth’s Gasthuis in Haarlem and Zeeweg Hospital in IJmuiden. In the years after the merger, the hospital underwent radical renovation and new development. It disposed of two outdated locations and, to replace them, EGM designed a contemporary, flexible hospital for the outpatient clinic and day care treatment. The third location, the former St. Elisabeth’s Gasthuis, was retained. Over a period of six years, this location underwent a radical renovation and extension in phases. This was a complex intervention, the aim of which was to reorganize the hospital both logistically and functionally.

A new structural plan was drawn up from the patient’s perspective. Poorly functioning routes made way for a clear structure in which patients can find their way around effortlessly with a minimum of signage. One of the necessary architectural interventions involved relocating the main entrance. A new central hall replaced the former emergency care unit and provides access, through new openings, to the diagnostic departments and outpatient clinic. A large glazed wall in the spacious hall creates a ‘soothing’ environment, with plenty of daylight and contact with the outside world.

A hospital for everybody, in harm ...