Dutch King Willem-Alexander officially opened the new Erasmus Medical Centre on Thursday September 6th. During a festive meeting on the square in front of the hospital, several employees of Erasmus gave a presentation about their profession. Each presentation was captured in a large three-dimensional word that was put upright, descended along the façade or suddenly appeared. Thus the words Light, Green, Personal, Together and Dedication rose around the stage. Words that reflect the essence of the new university hospital.

As a formal opening act, the king added the letter O to three letters standing on the podium through which the word OPEN could be read. The official opening ended with a tour of the new hospital, where partner architect Willemineke Hammer could give an explanation on the design and construction to the king.

20 years of designing, planning and building

The festive opening marks almost 20 years of designing, planning and building the university medical centre of the 21st century, where architecture, interior and landscape define a new standard for the concept of Healing Environment. Erasmus MC is now a truly healthy building for patients, visitors, employees and students in all areas.

Since May 2018, ‘the’ university medical center of the 21st century is located here in the heart of Rotterdam.

Innovative, sustainable and furnished according to the conditions of a healing environment. With lots of daylight, green and a warm interior, aimed at reducing stress during a hospital visit

Ernst Kuipers, Chairman of the Executive Board Erasmus MC

Erasmus MC in the media

The opening is a great occasion for various media to put the new complex in the limelight. For example, EGM and Erasmus MC were guests at BNR news radio and newspaper AD published a nice article on the architecture and role of the medical centre in the heart of Rotterdam. Architecture critic Kirsten Hannema headlined in the Volkskrant 'Patient's paradise' and awarded the architecture with 4 out of 5 stars. Professional magazines Architect and PI project & interior, publish extensive reports about the new Erasmus MC.

Last but not least, Erasmus MC received a nomination for the Dutch Daylight Award, a biennial award for buildings with special daylight qualities. The winner will be announced on October 4th, 2018. 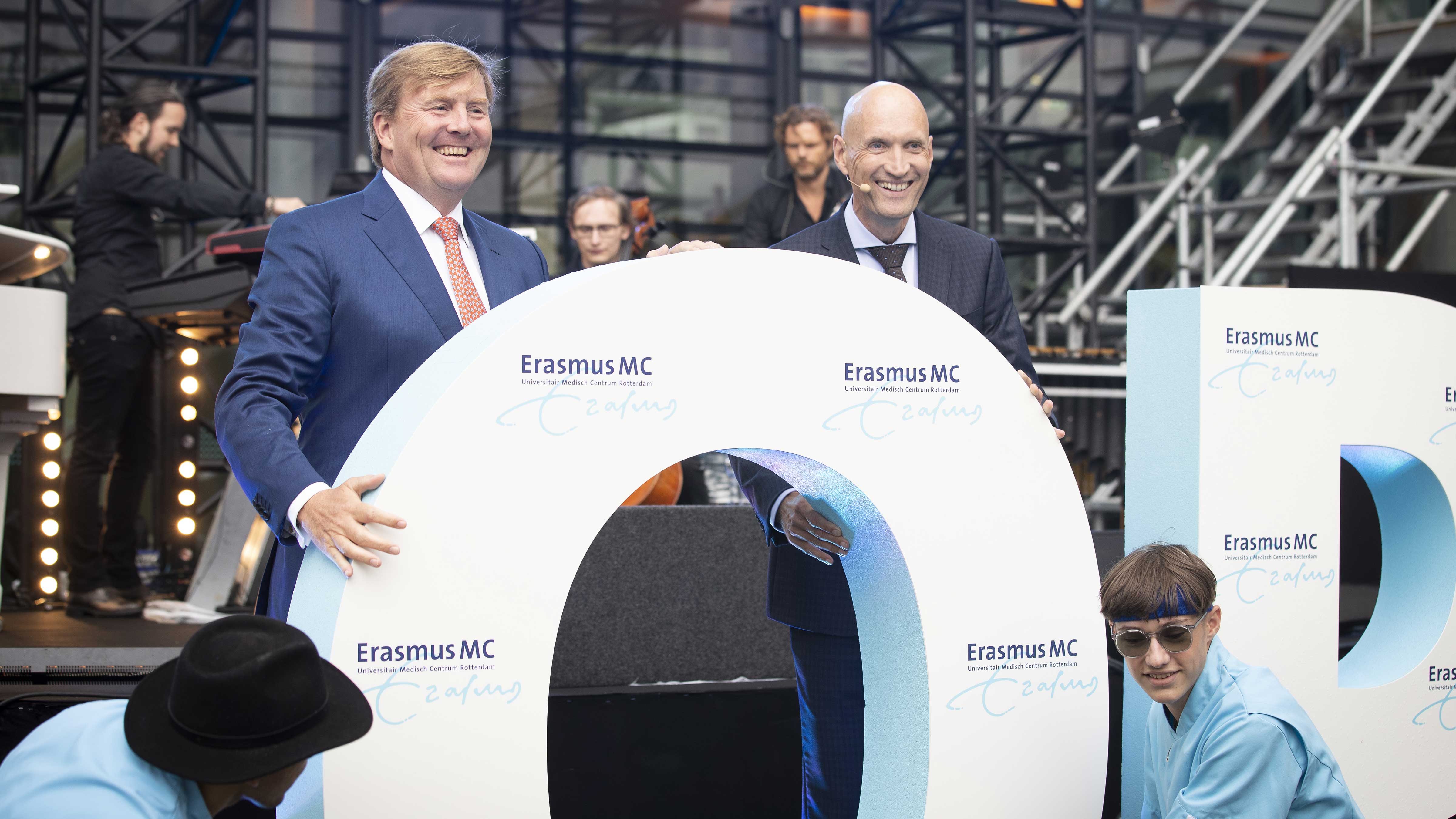 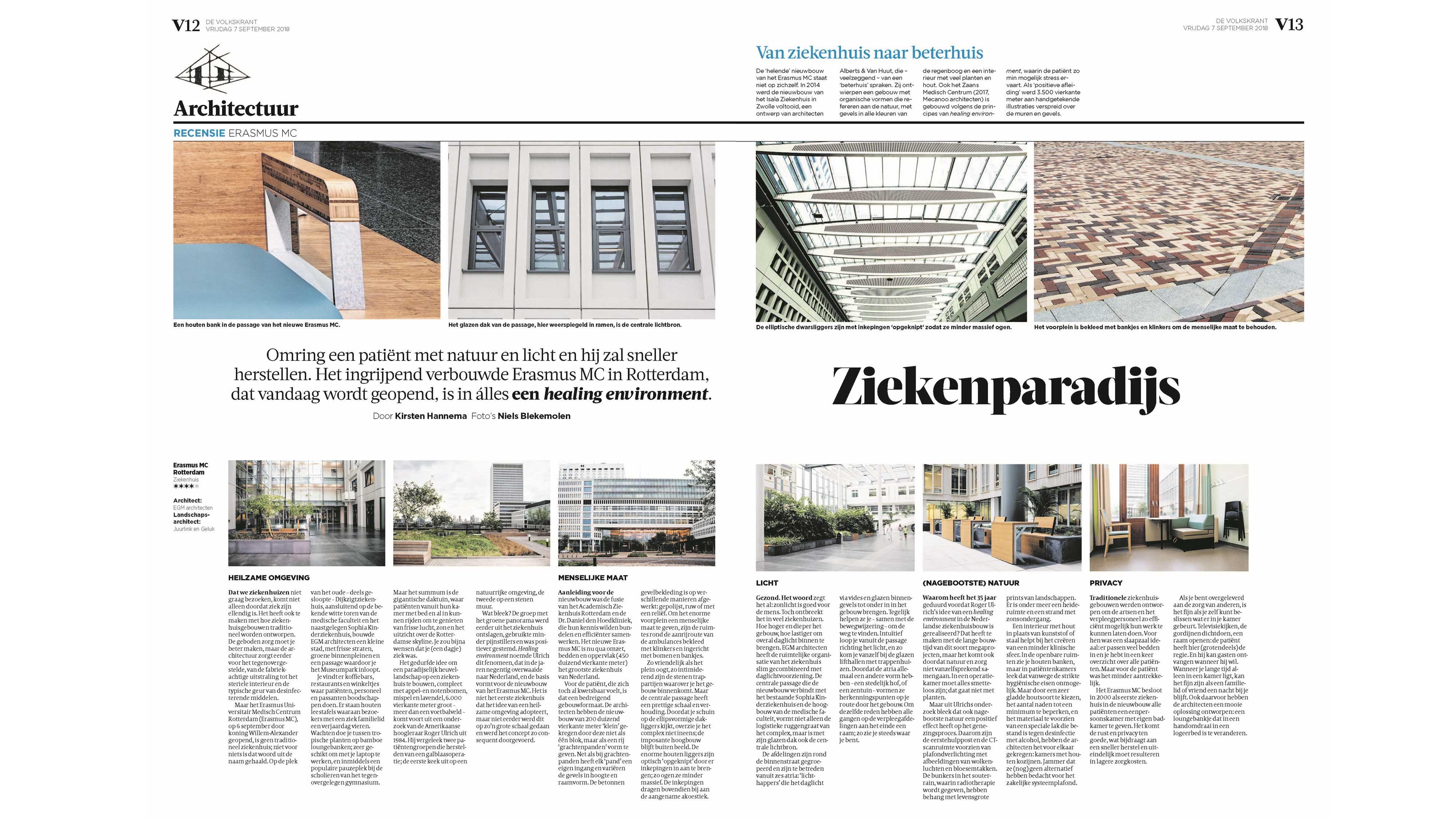 Designs on a personal scale and s ...

Pavilion that appeals to all sens ...