Real-time three-dimensional image of the body during a medical procedure: that is available from the Medical Innovation Technology expert Centre (MITeC) at the Radboudumc. Here, evidence-based surgery makes an important contribution to the quality of life and meaningful innovations in healthcare. 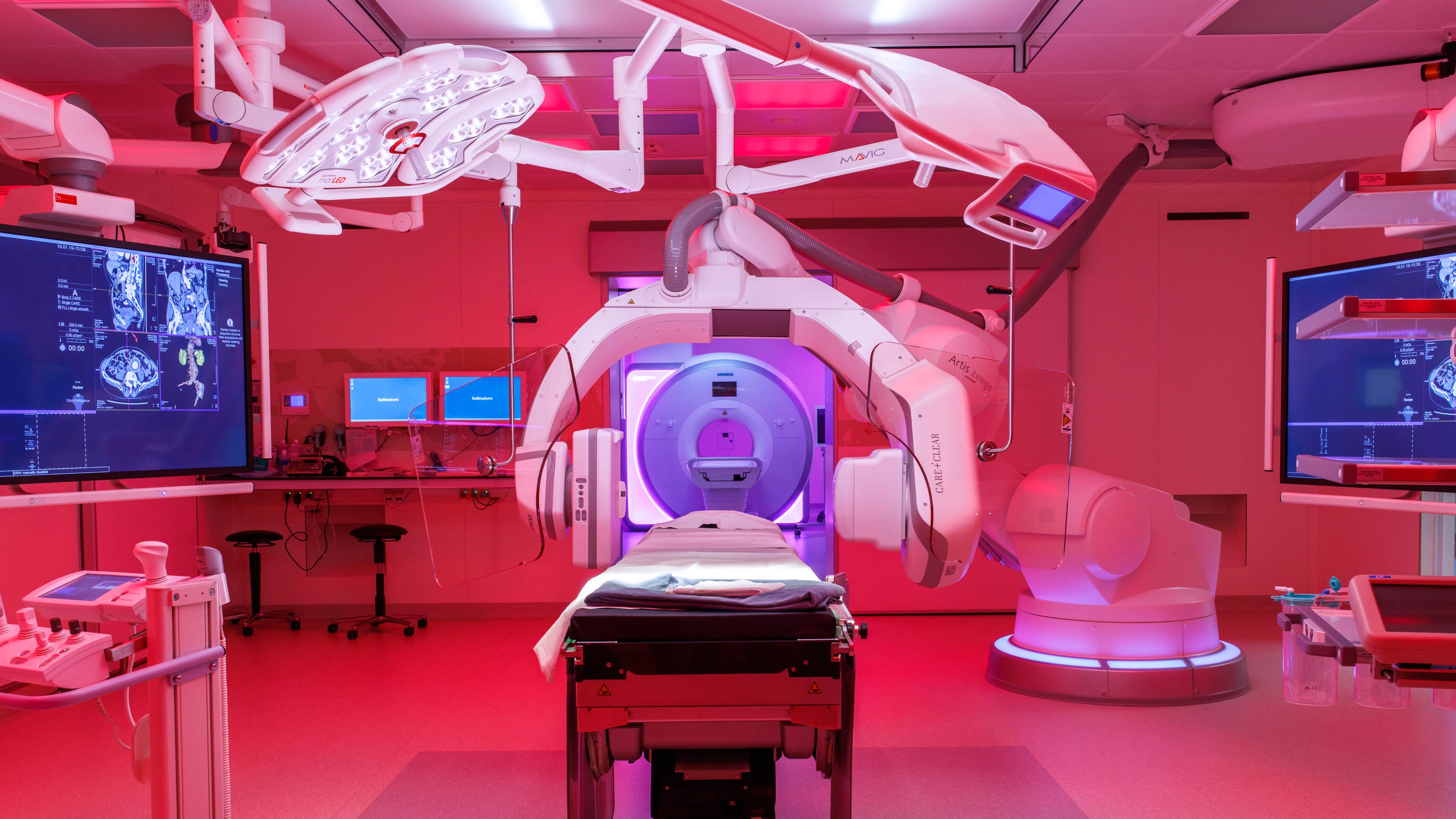 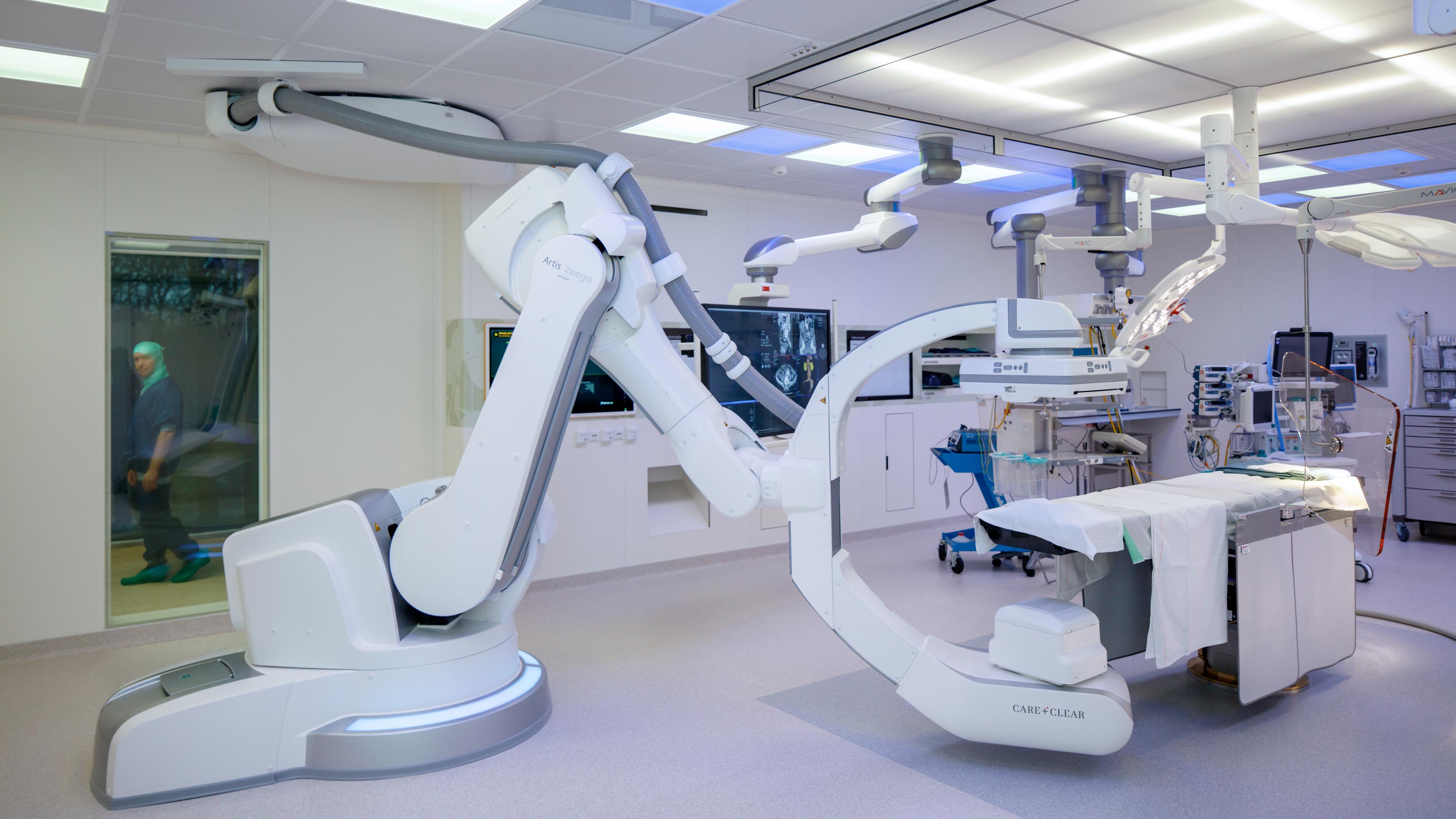 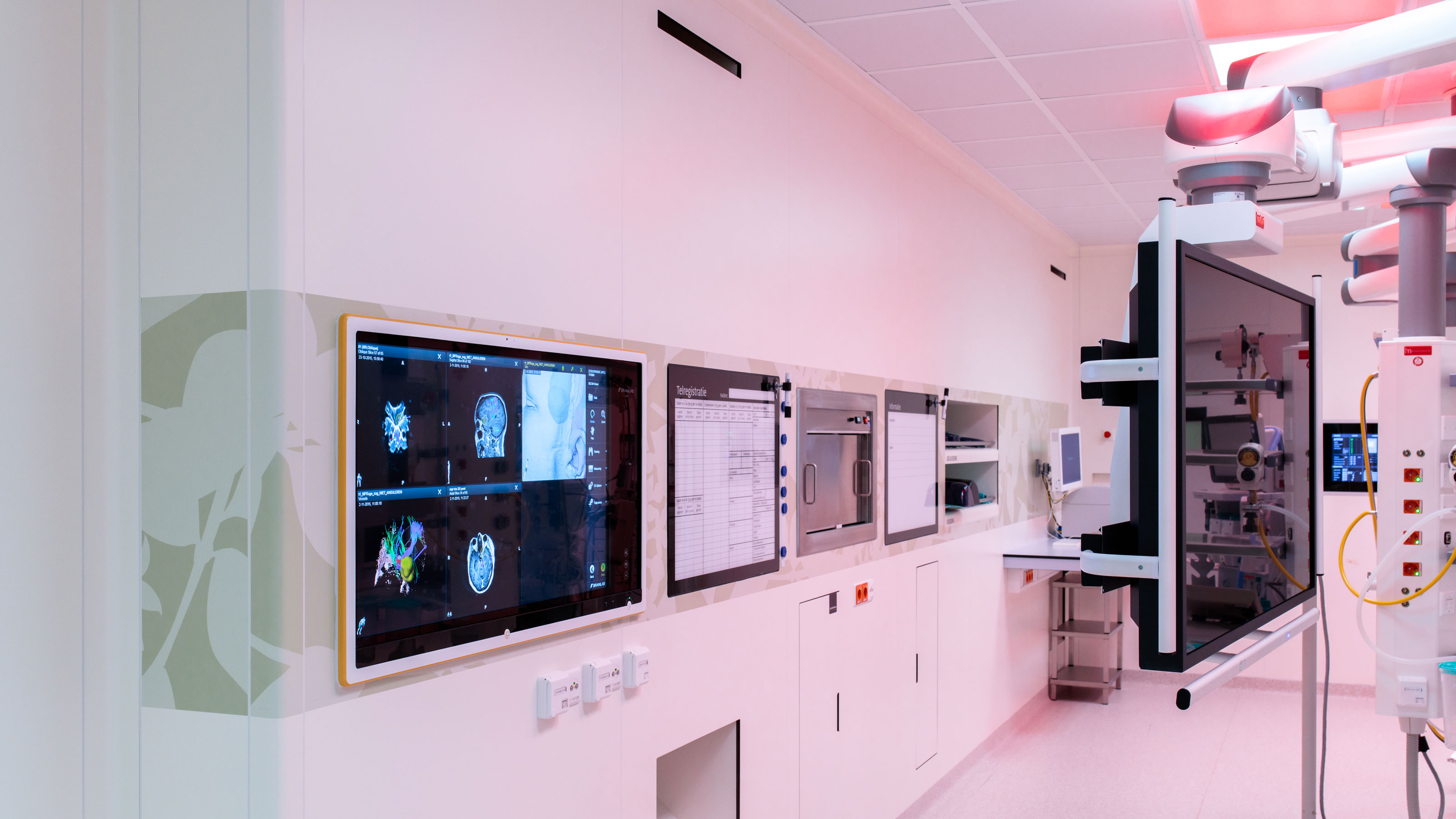 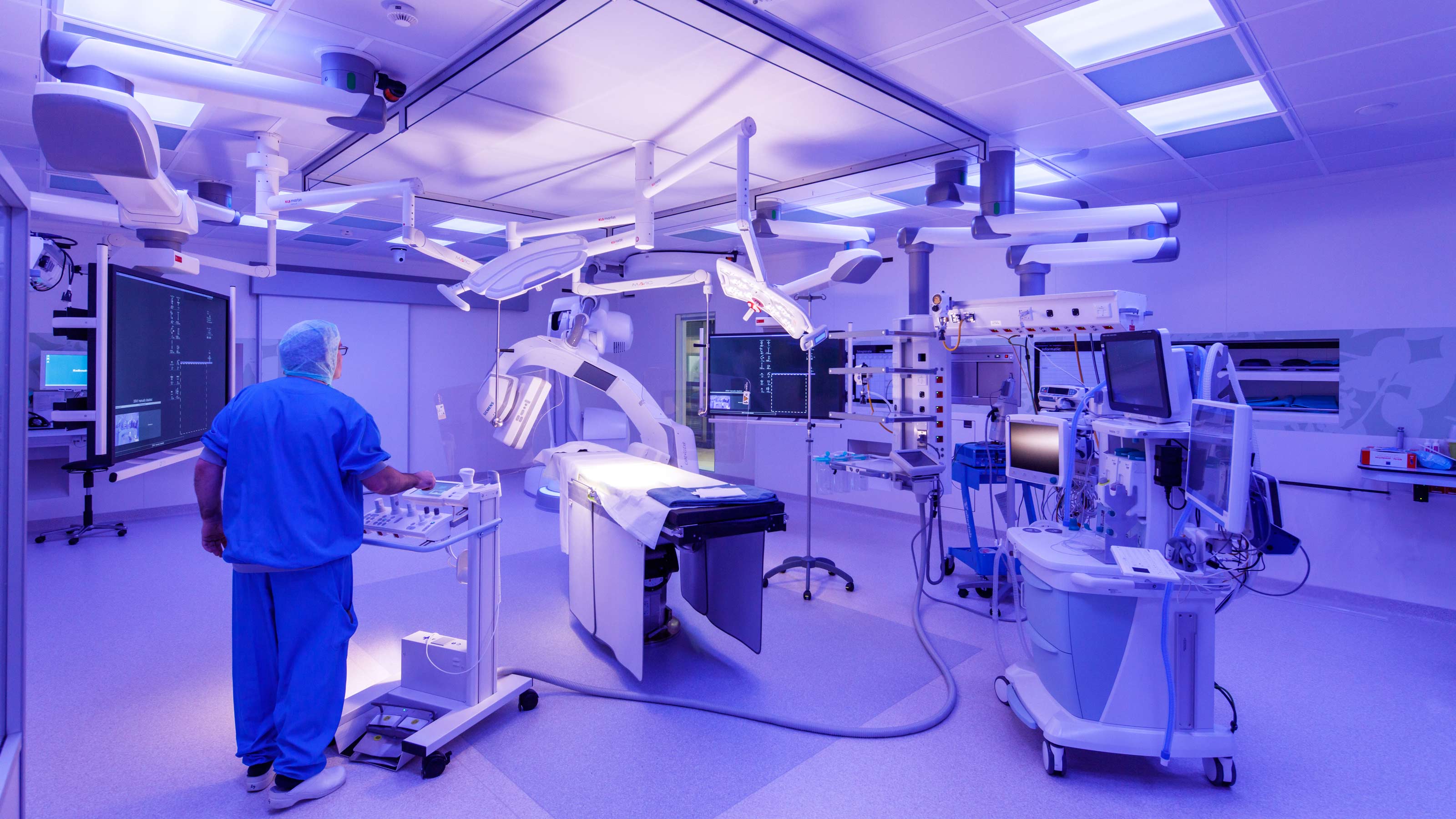 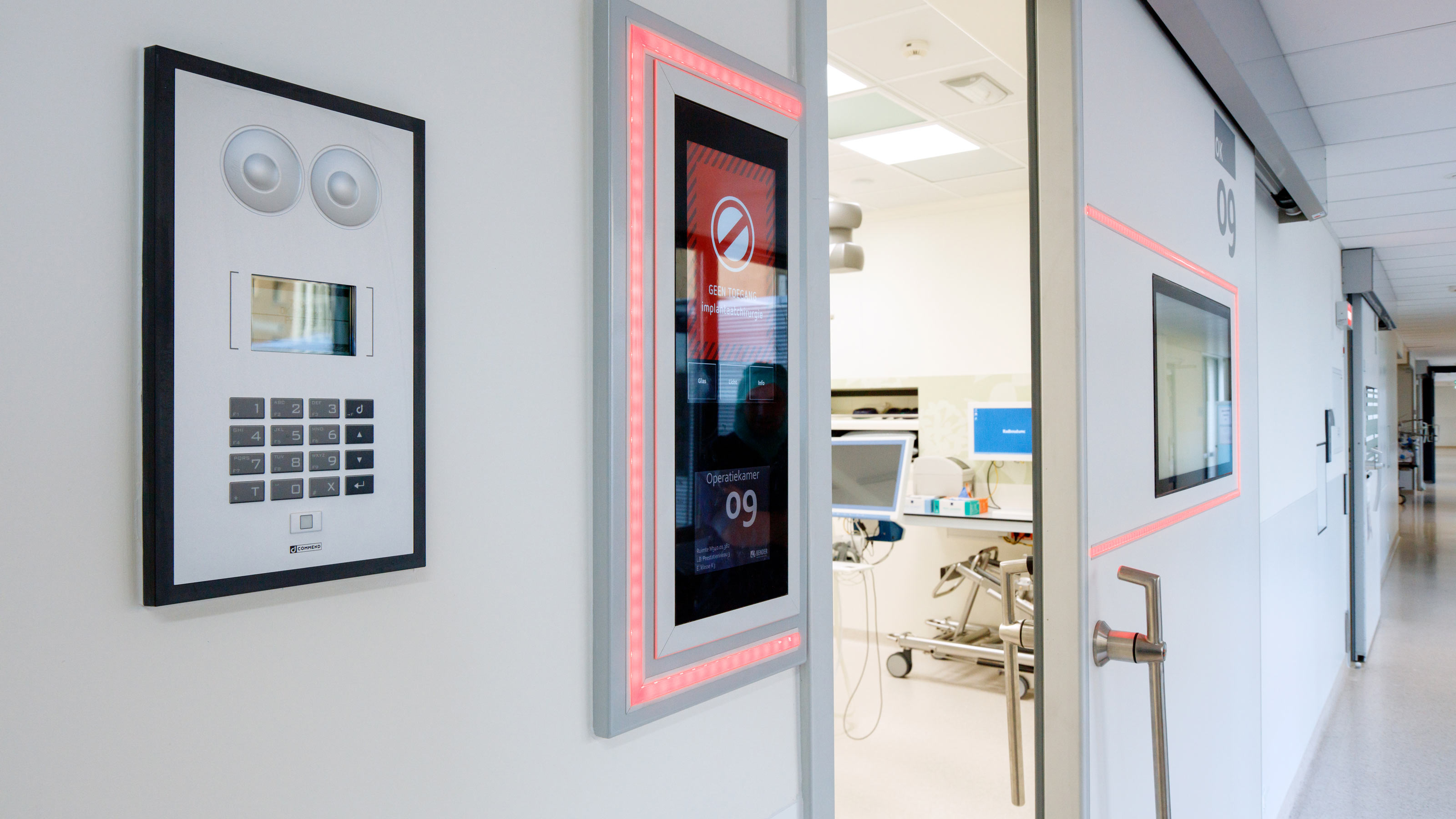 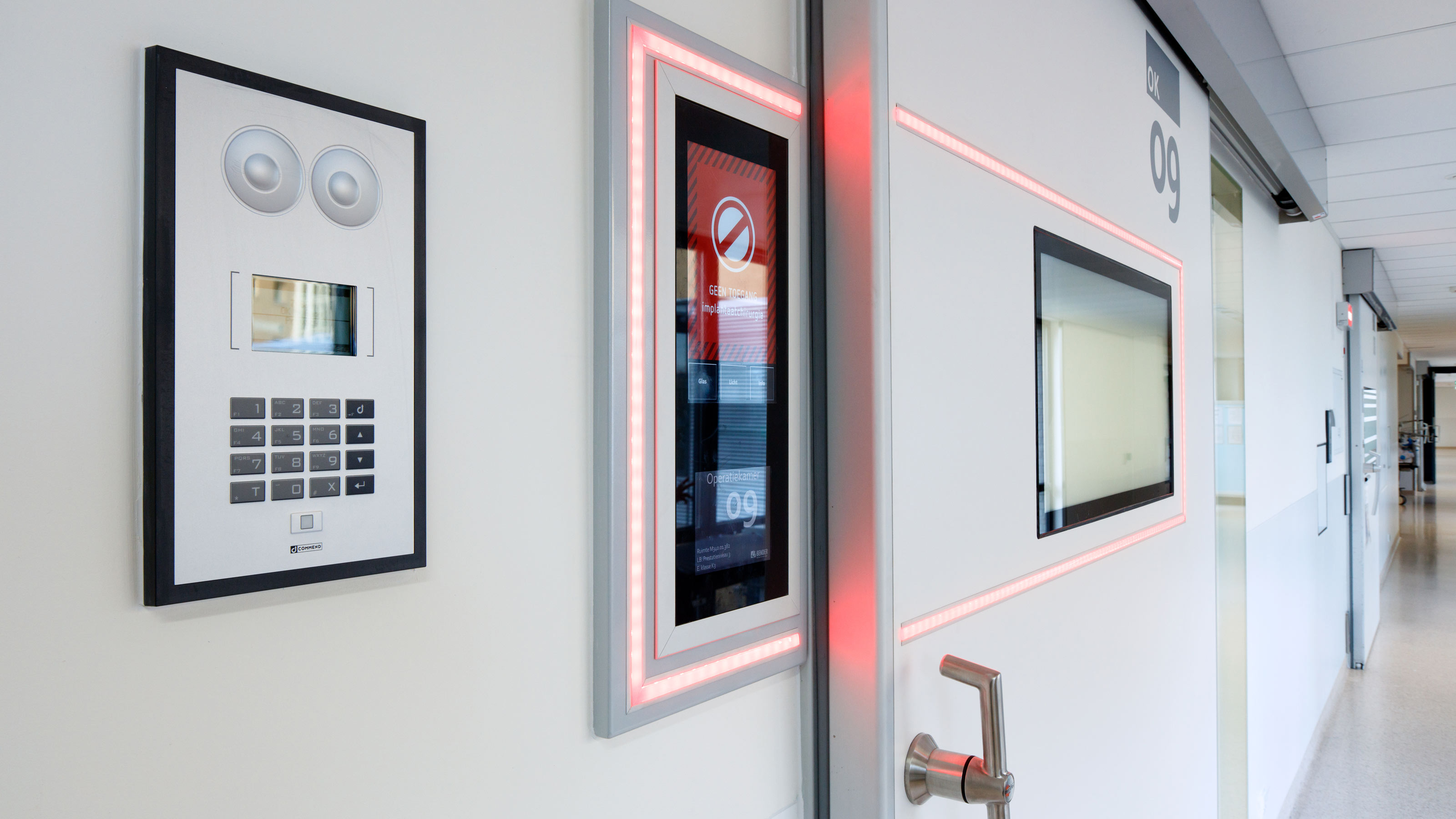 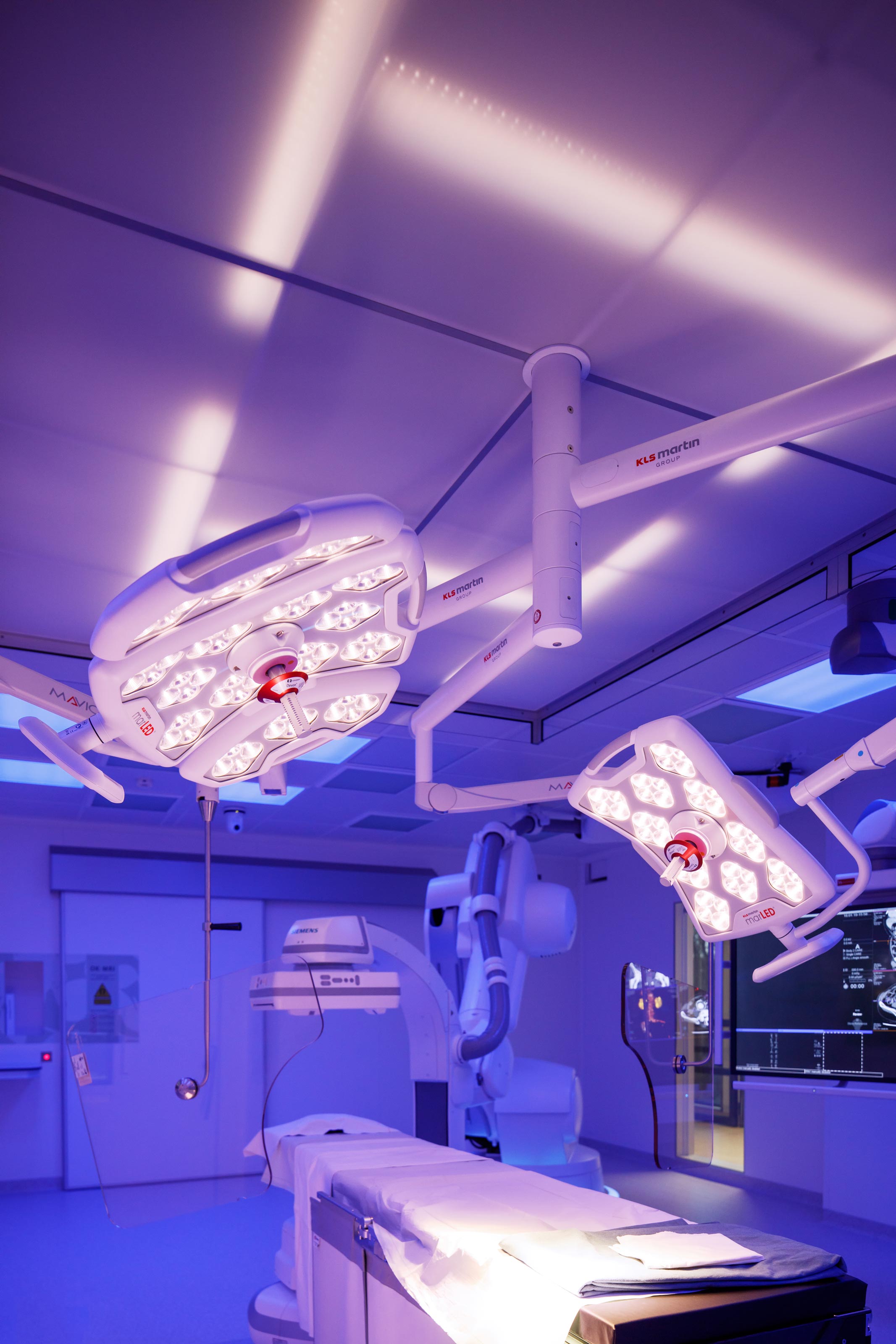 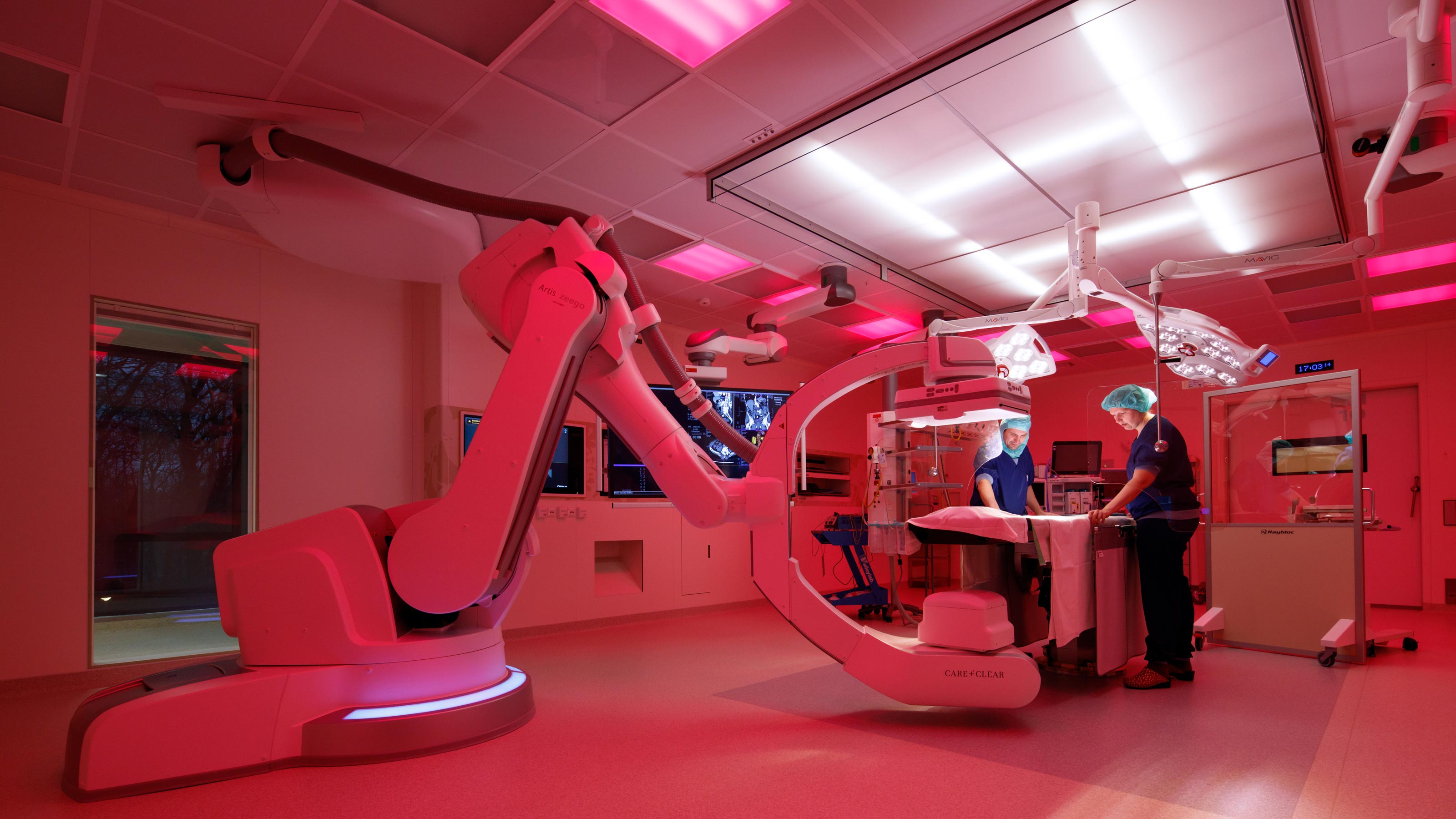 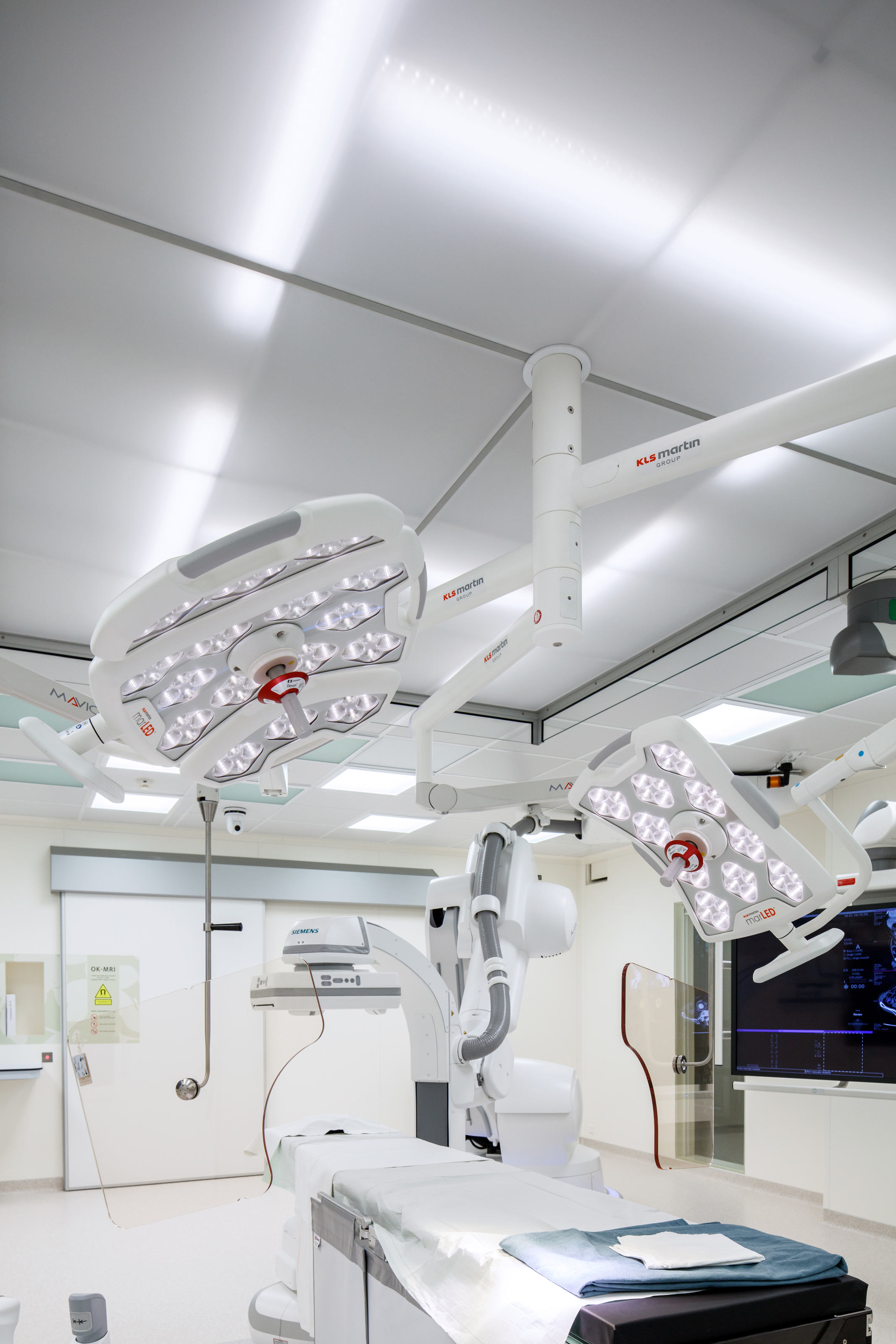 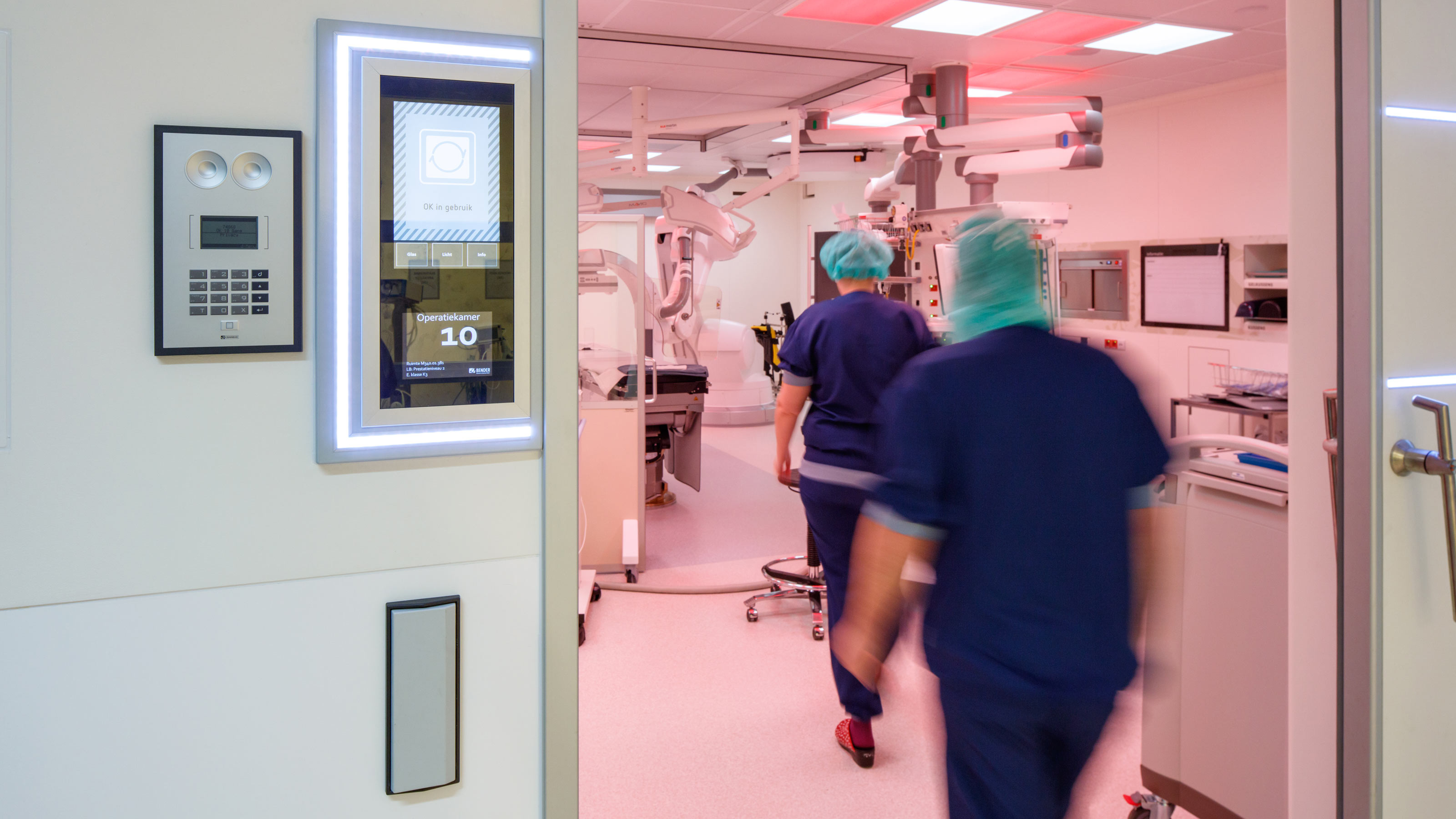 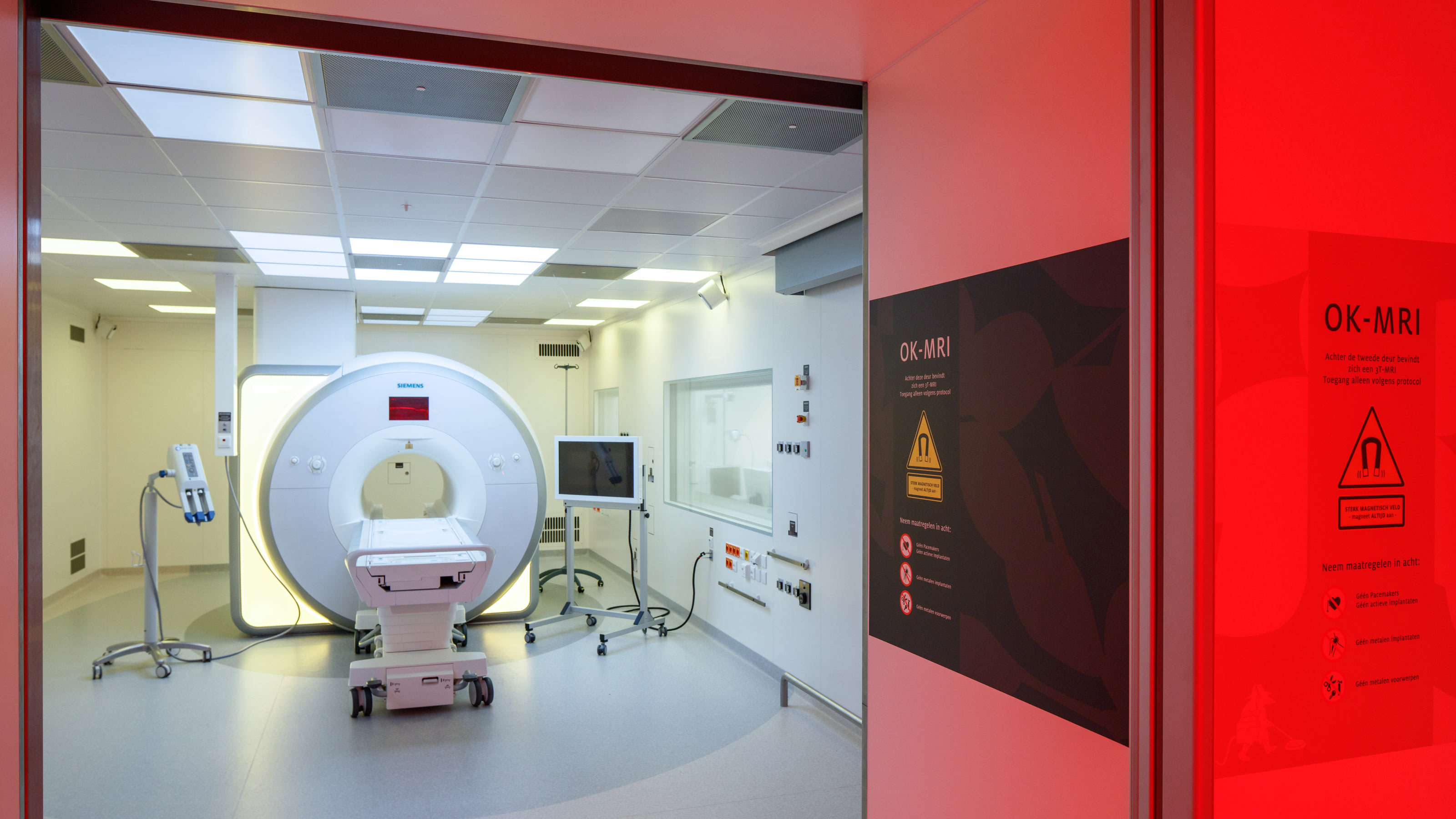 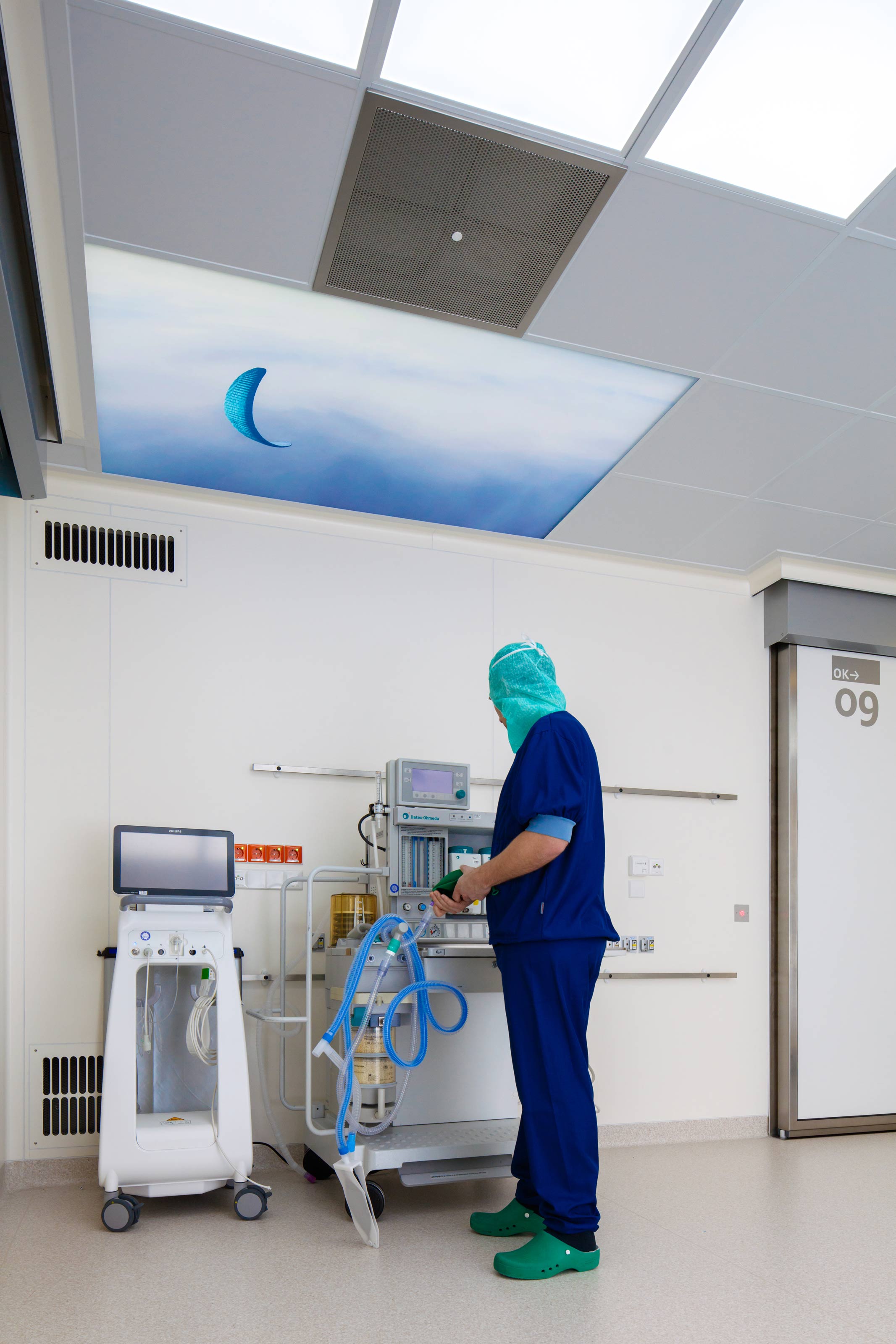 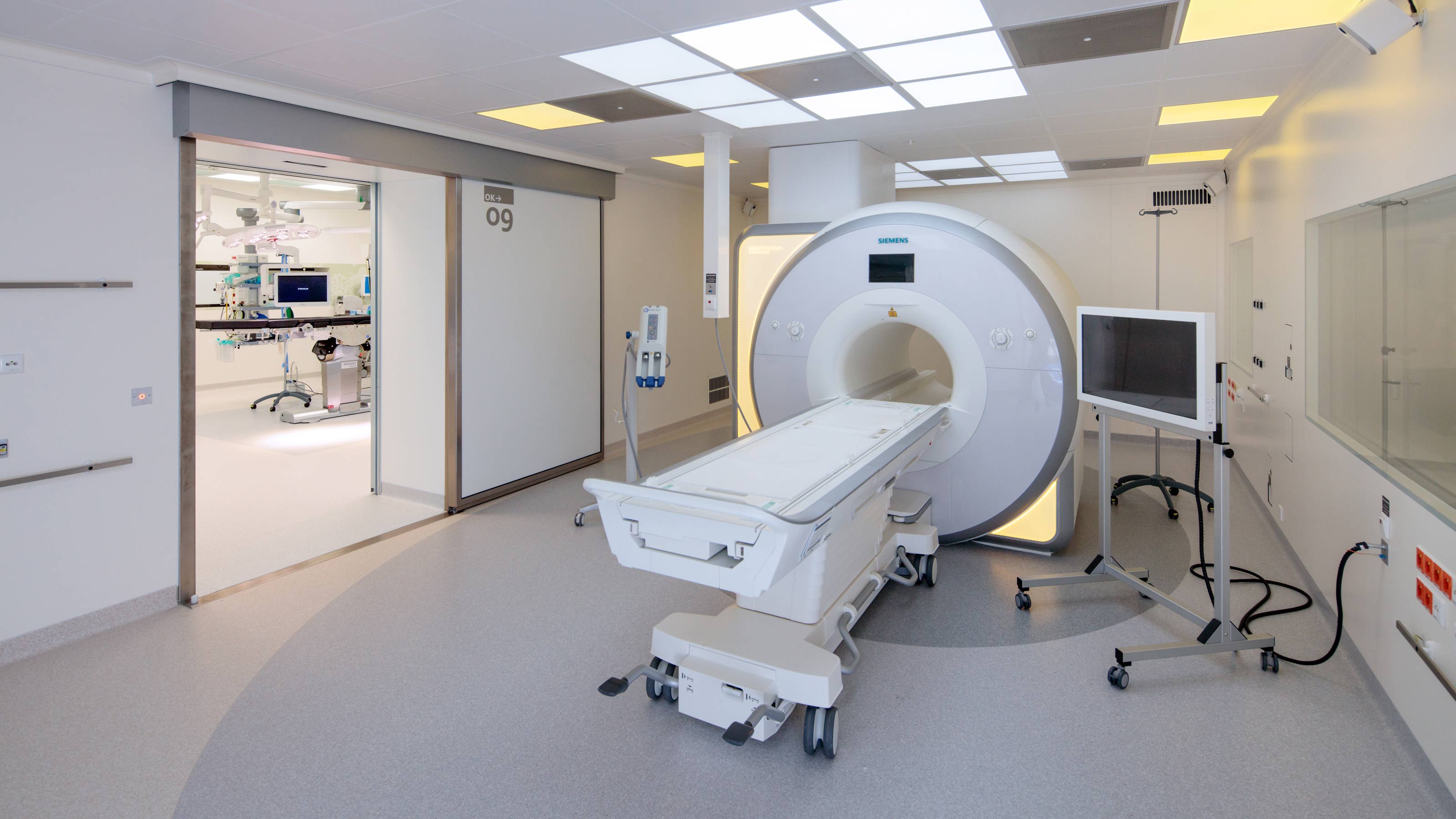 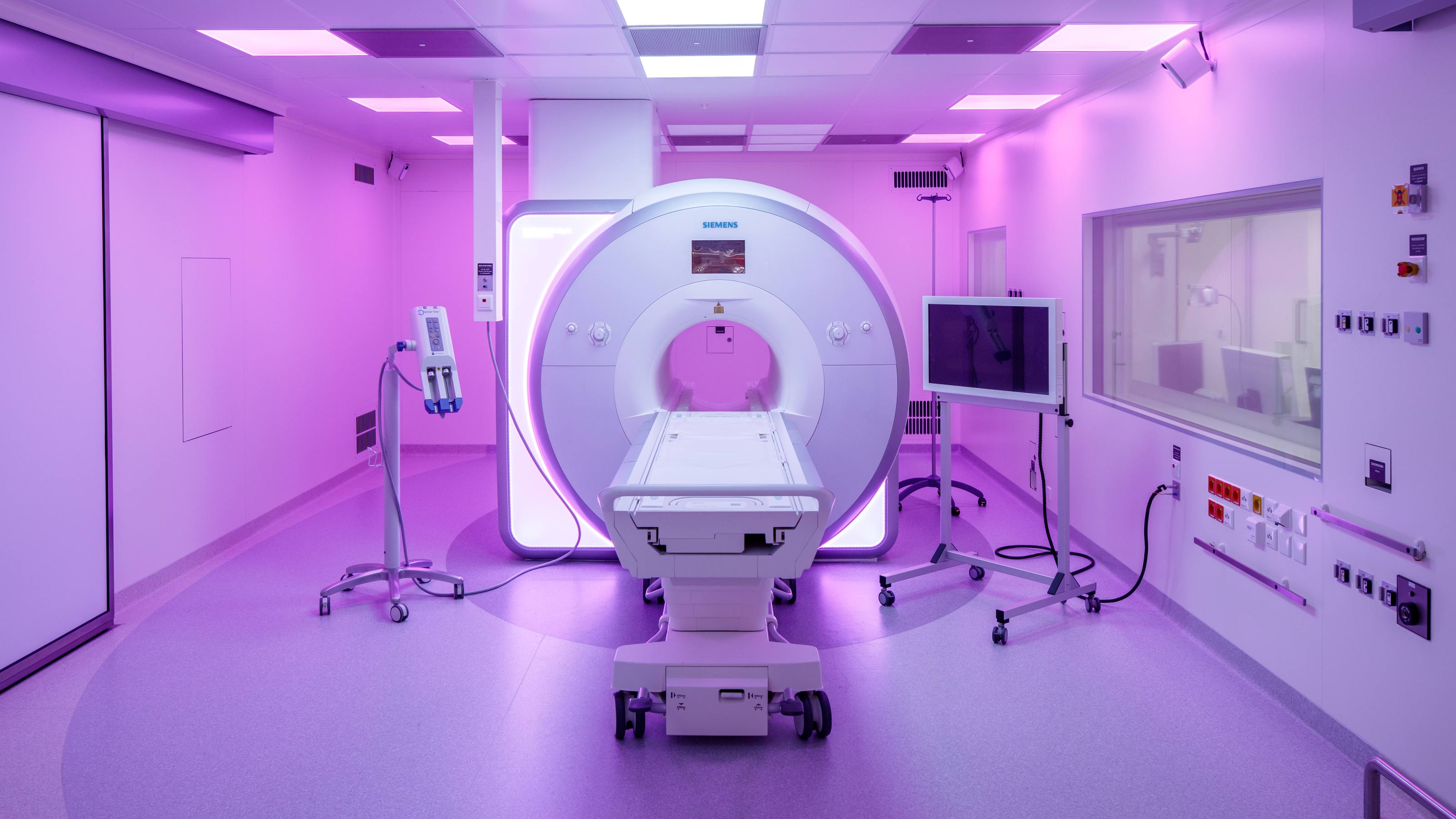 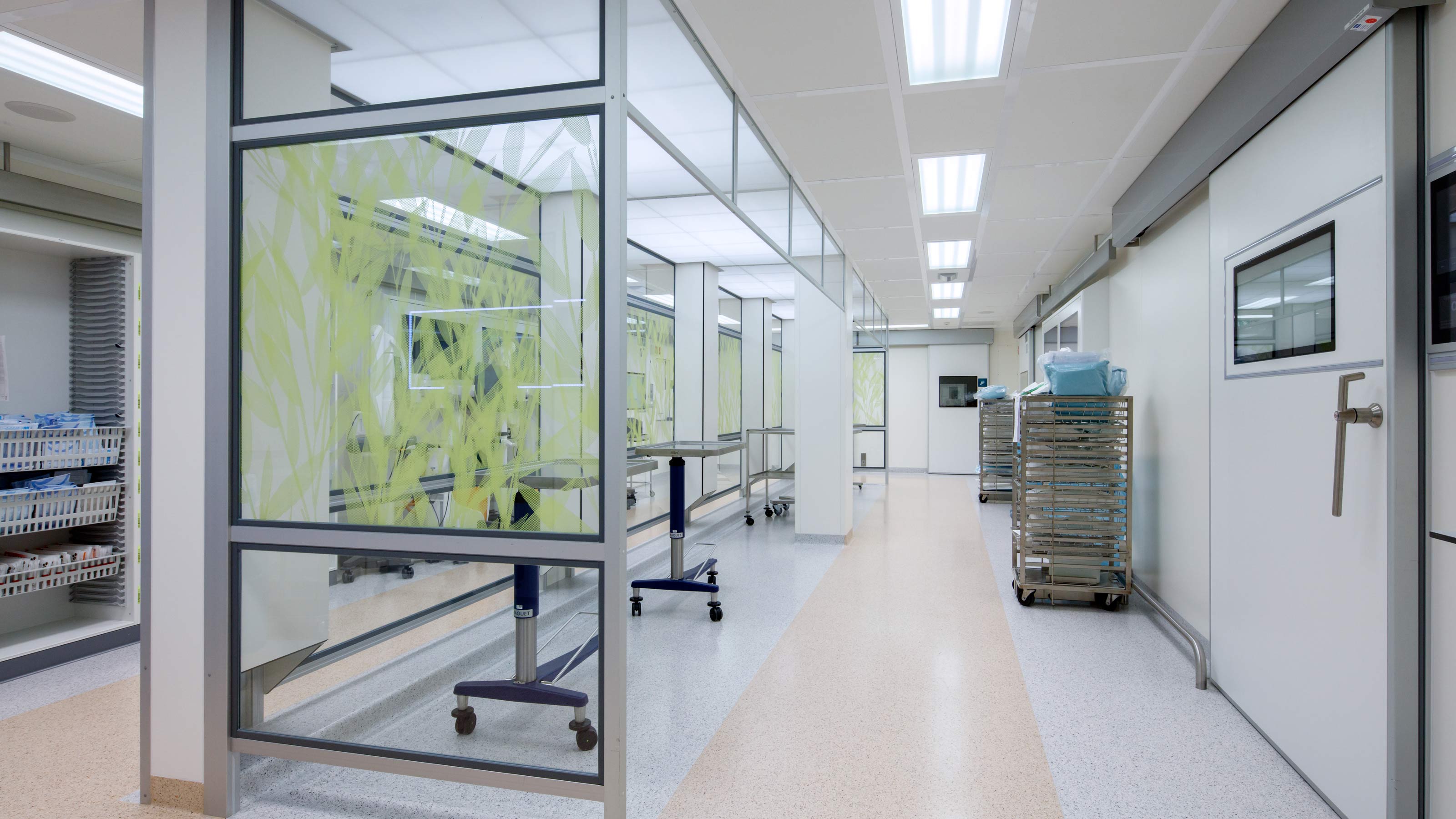 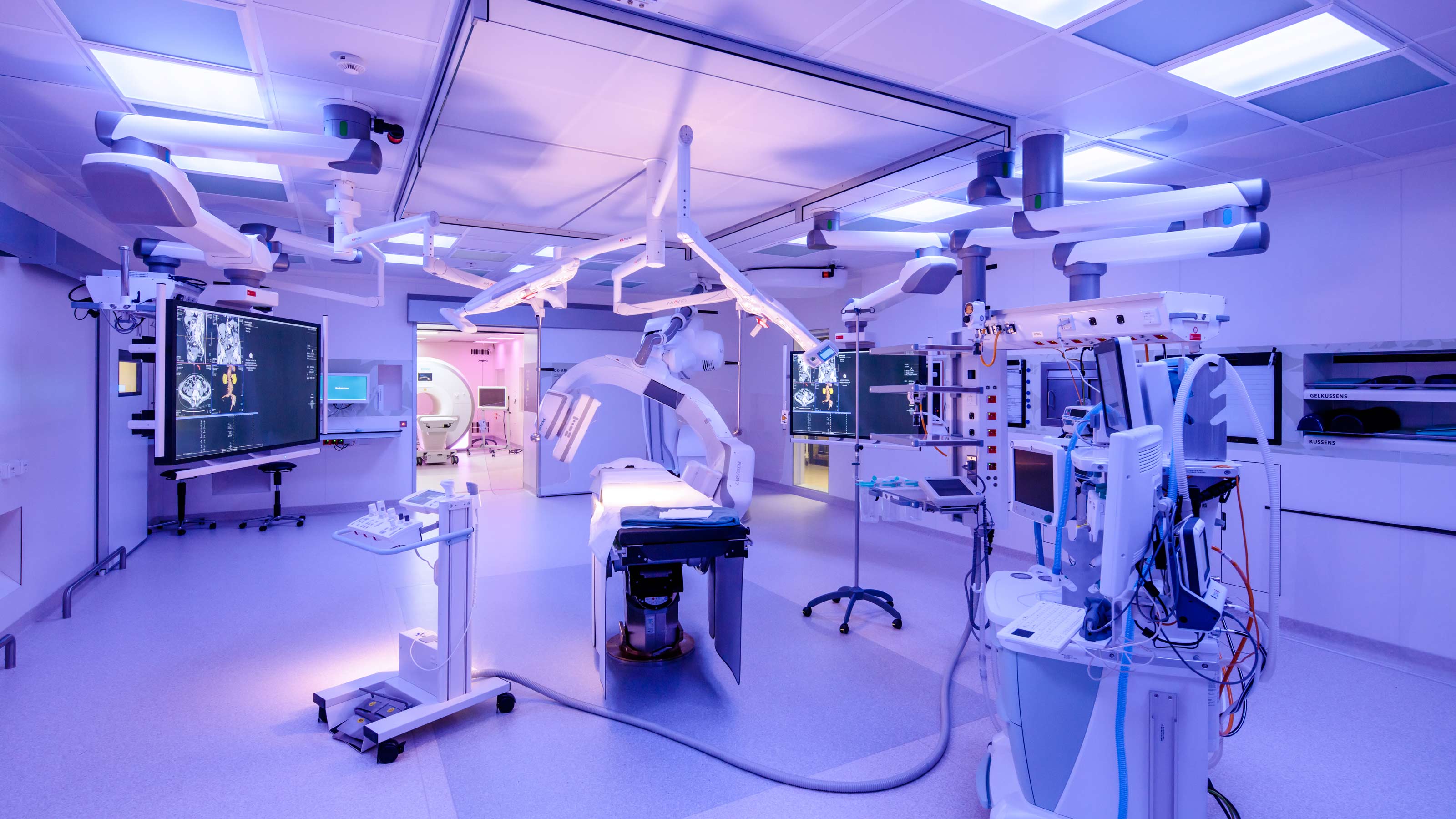 During the construction of the new Radboudumc surgery building – a design by EGM – one large space was left open. It was earmarked for the Medical Innovation Technology expert Centre (MITeC). This innovative operating complex unites high-tech facilities and a healing environment. The intensive interplay between architect, interior designer and client resulted in an integrated MITeC – tested with mock-ups – with the most efficient work processes. The construction of the MITeC marks the completion of the new operating complex.

With the MITeC, the Radboudumc wanted to combine patient care, scientific research and high-quality technology. This innovative operating centre consists of three interconnected state-of-the-art operating rooms with a permanent CT scanner and MRI. Such a unique combination – including medical robots – ensures that surgeons have a real-time three-dimensional image of the human body while they are carrying out procedures. This increases the precision of complicated operations and the chances of a successful procedure.

Because we have connected three operating rooms fitted with the newest medical equipment, we have a better view of what happens inside the body during an operation

Immediate certainty for surgeon and patient

Tissue removed during the operation can be analysed immediately through an MRI scan in the MITeC. Cuts through the patient’s anatomy can also be assessed straight away. That enables surgeons to remove as little tissue as possible and still be certain of a successful procedure. If the scan reveals that some tissue still remains, the procedure can continue or the surgeon can decide if further procedures or follow-up treatment are needed. This increases the success rate and reduces the necessity for a second operation. That means less stress for patients and also saves money.

The MITeC is also intended as a field lab where top medical practitioners, companies, technicians and researchers test the usefulness of medical innovations. They can then determine the added value of new medical technology at an early stage. As an example, the MITeC is deployed for scientific research into Minimal Invasive Surgery (MIS) – operating through just tiny openings in the skin – and the medical (robotic) techniques used for that purpose. Everything with just one goal: the continuous improvement of care.

Our approach, which combines research and testing right from a very early stage in the development of medical innovations, is what makes the MITeC unique in Europe

The design devotes particular attention to the elaboration and detailing of the operating rooms. What is the most successful and efficient layout and arrangement? The successful MITeC is the result of truly integral design and direct, open communication with users. An important aspect in that regard was the mock-up. This full-scale test setting was used to continuously improve the layout, the circulation routes and the stock control. With as result: a healing environment for both patient and care professional.

The MITeC at the Radboudumc is unique in Europe. That is why Queen Máxima officially opened the centre in 2015. In January 2021 she paid a virtual working visit to the MITeC to hear and see what had been achieved in the intervening years.

Light, views and greenery in a ca ...

Ultramodern hybrid OR at OLVG

A villa in the forest with the mo ...

Next Gen Buildings - ready to made

A new generation of buildings for ...