A good balance between transparency and safety

A sturdy and powerful exterior and a more domestic and relaxed interior that stimulates recreation, movement and encounters 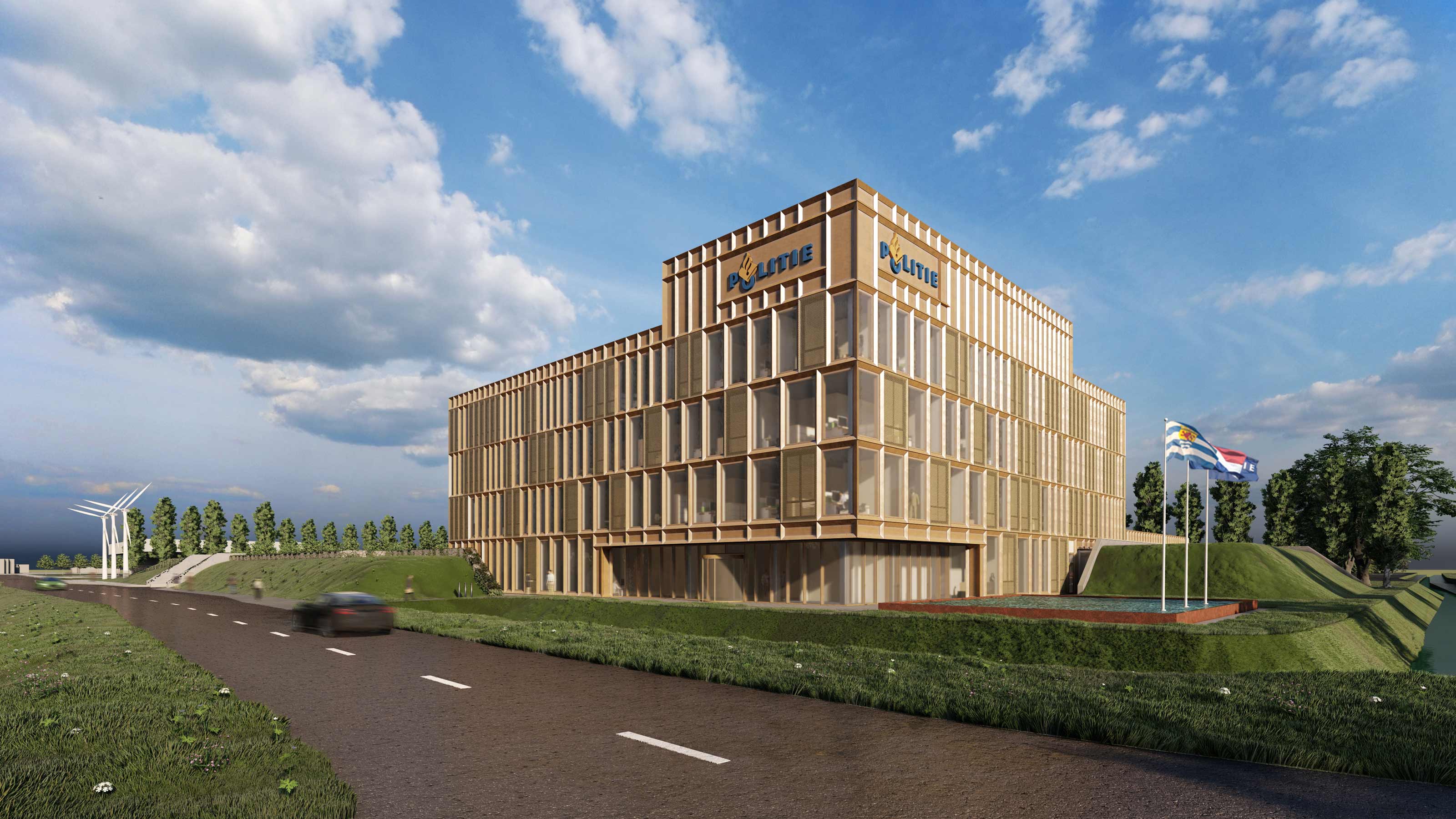 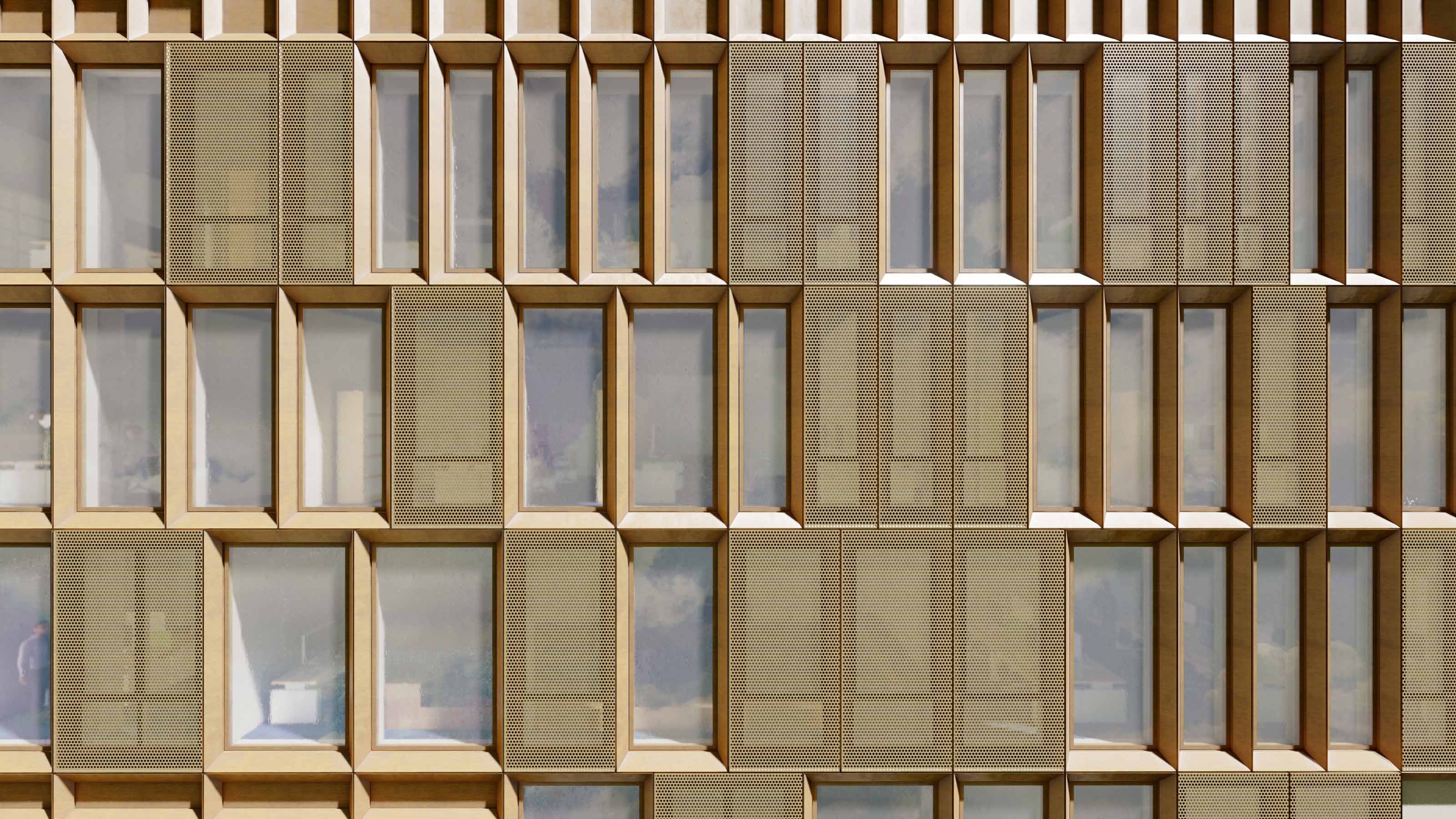 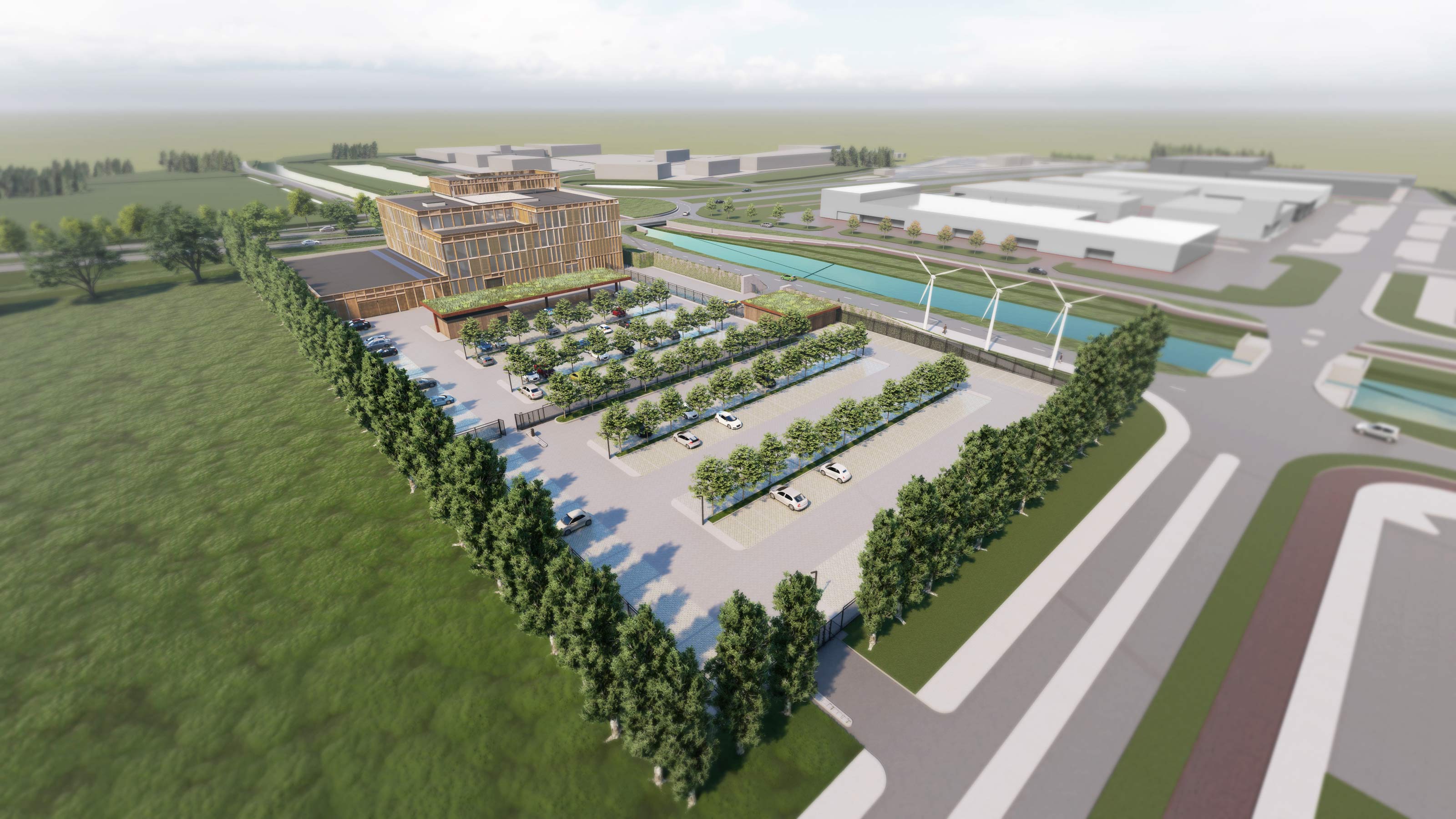 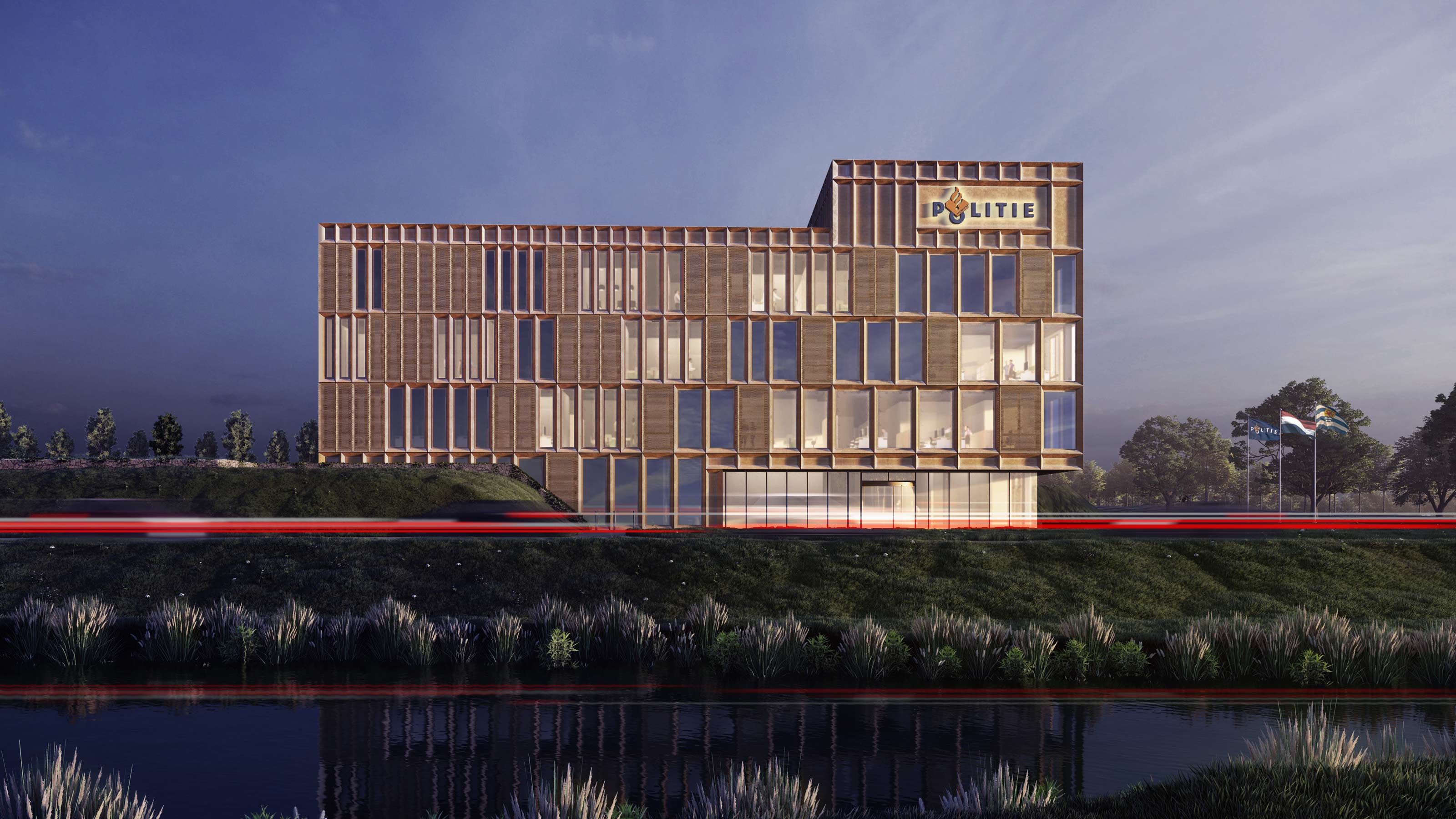 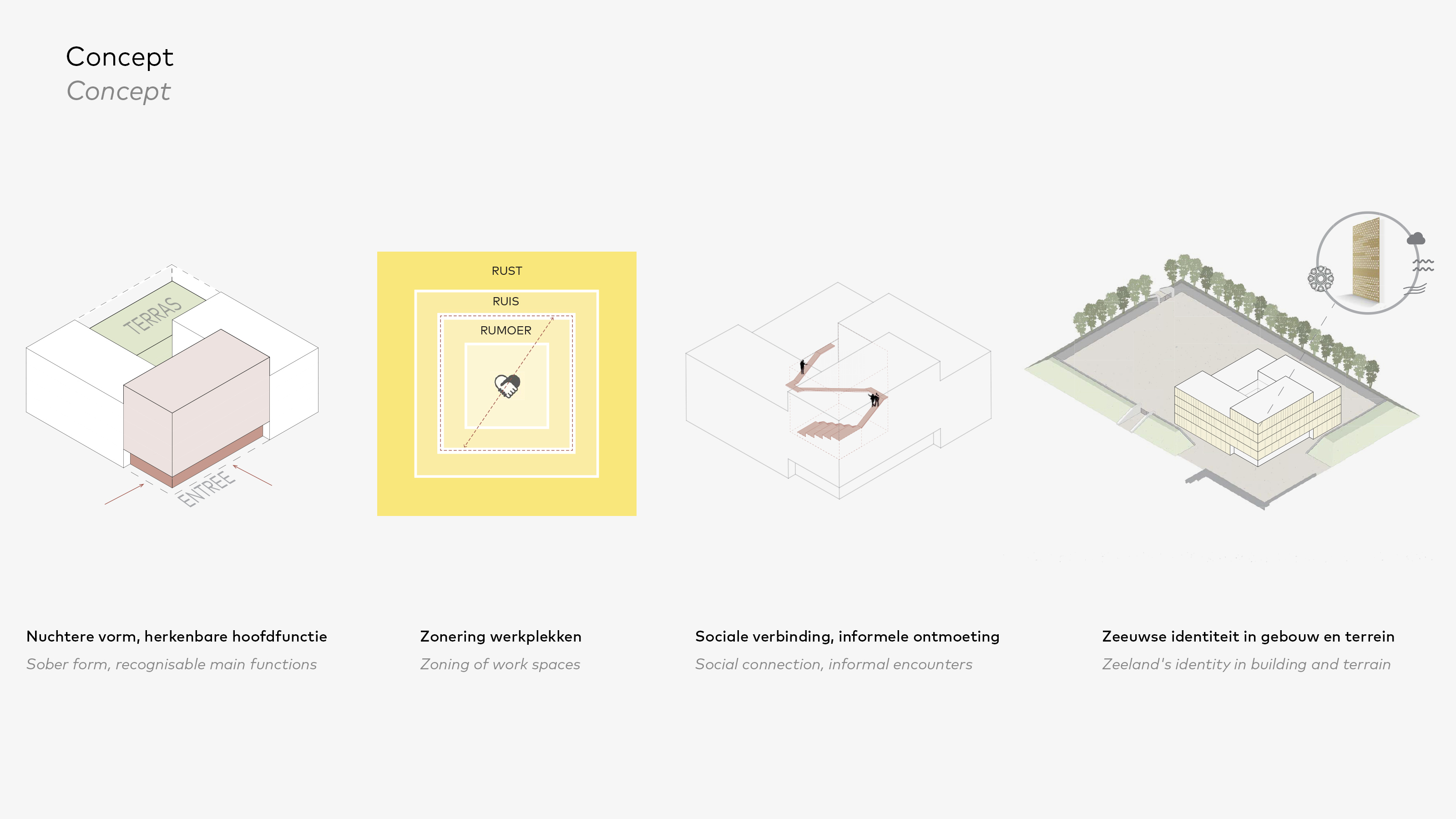 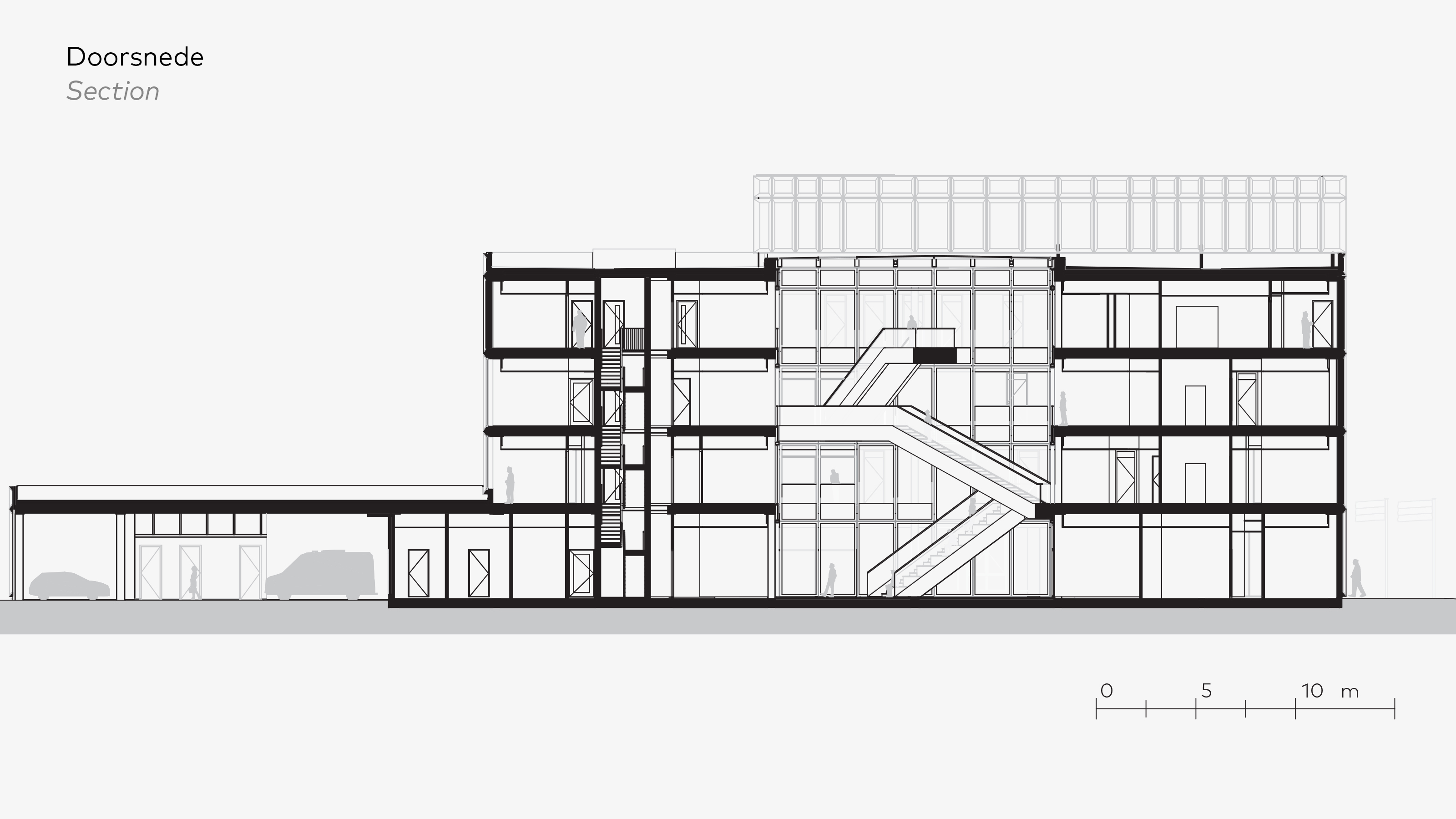 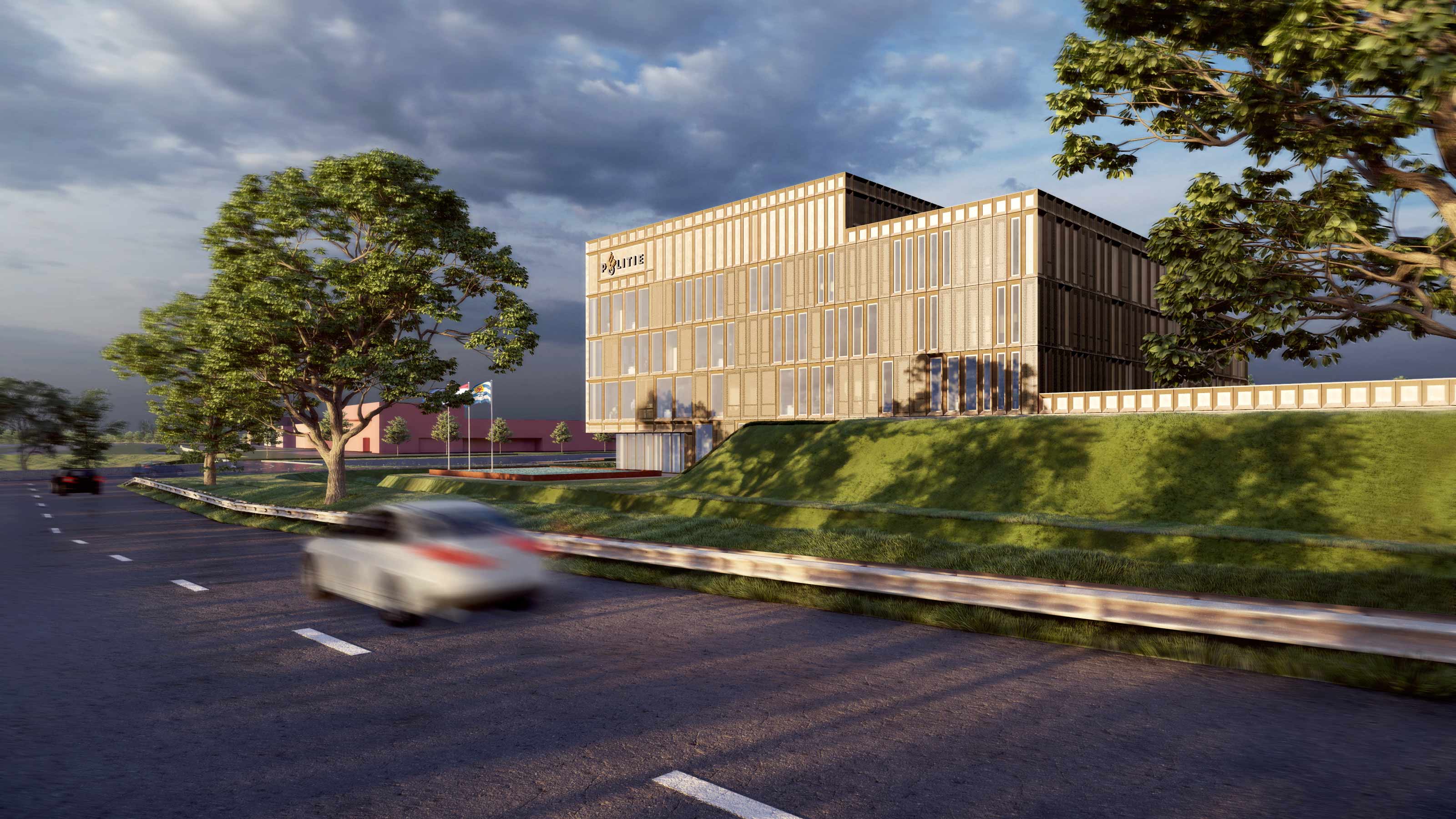 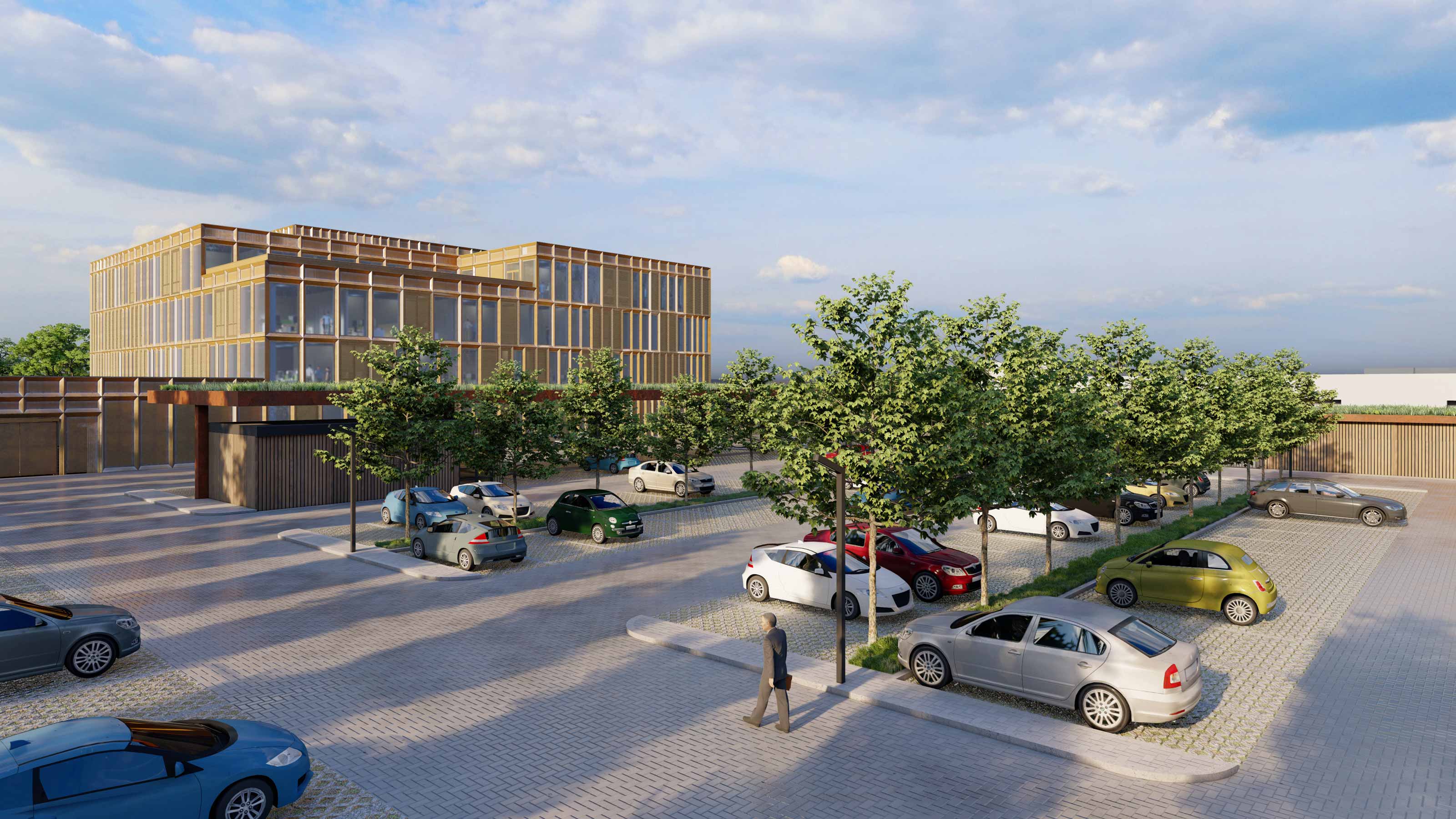 A powerful, omnidirectional office building inspired by the landscape of Zeeland. This is the new home of the police force in Walcheren as well as various detective and investigative units of the police service in the Zeeland and West Brabant region. With a Total Engineering contract, EGM architects teamed up with advisors Valstar Simonis, Wolf Dikken and Aronsohn to relieve the client of the burden of as much work as possible.

Balance between transparency and safety

The new police station has a sturdy and powerful exterior and a more domestic and relaxed interior. The main volume is clearly recognizable: a compact square four-floor volume that rises to five floors at the corner above the public entrance and drops to three floors on the other side. A square atrium cut out of this volume draws natural light and air down to all floors. Furnished with a coffee bar and various seating areas that can be used for meetings, this is the most dynamic space in the building. The interior creates a sense of unity by visually connecting the various teams and keeping circulation routes short. A playful route extends from the bleacher steps on the ground floor up the stairs and footbridges to the floors above and to the restaurant and roof terrace. This route informally connects the meeting zones and office areas on the various floors, stimulating spontaneous encounters while also ensuring that everybody gets plenty of healthy exercise.

A feature of the design is the good balance between ‘visibility and transparency’ on the one hand, and ‘reliability and safety’ on the other. That is a good reflection of the nature of police work. The main entrance is inviting and transparent, but it is sheltered behind a dike and water. The rhythm of open and closed facade components varies in response to the interior spaces: from bustling to calm, from public to private, and from unsecure to secure.

Because the police services will soon be clustered together, lines of communication will be shorter; the building is also good for the environment and it has a good location.

The architecture of the building responds appropriately to the landscape. For example, the sleek lines of the facade were inspired by the patterns of meadows and fields of potato ridges across the Zeeland landscape. The greenish-brown hues of the anodized aluminium, based on the water at the Delta Works and able to withstand the salty sea air, constantly reflect different colour compositions of the changing skies. Up close, the facade reveals another Zeeland influence: the perforations take the shape of a traditional ornament known as the ‘Zeeland button’. All perforations combine on each panel to form a landscape with sea, dunes and skies.

The architecture finds its origins in the core values of the organization and the identity of Zeeland. As a result, the building feels like a recognizable home, a place that inspires and connects, a safe haven, of which everybody is proud.

Ready for the future

The column-free span of almost 14 metres means that floors can be freely arranged in any way. That guarantees a highly flexible layout both now and in the future. All sorts of office concepts, as well as extra-secure areas such as forensic laboratories, holding cells and interview rooms, can be easily incorporated into the floor plan. Because the facade is not load-bearing, the building can be extended horizontally without structural alterations. The highly sustainable design even anticipates demolition and reuse: the steel frame structure and concrete floors can be disassembled, maximizing their residual value and their potential for a second life. In addition, the new police station is completely zero-energy (ZEB), partly due to the application of solar panels. This makes the building ready for the future.

Walcheren Police Station was completed by the Total Engineering team, which operated under the supervision of EGM architects, and consisted of Valstar Simonis, Wolf Dikken and Aronsohn. The integral approach of Total Engineering, combined with BIM, relieves the client of most of the burden during all phases of the project and prevents mistakes from occurring in the design process. As a full-service architecture office, EGM has extensive experience with this form of collaboration. The result is an integral design that is even more attuned to the needs and wishes of the police.

A challenging puzzle for sturdy n ...

Technique and tradition in perfec ...

Safe surroundings for staff and i ...

A sustainable and flexible work e ...